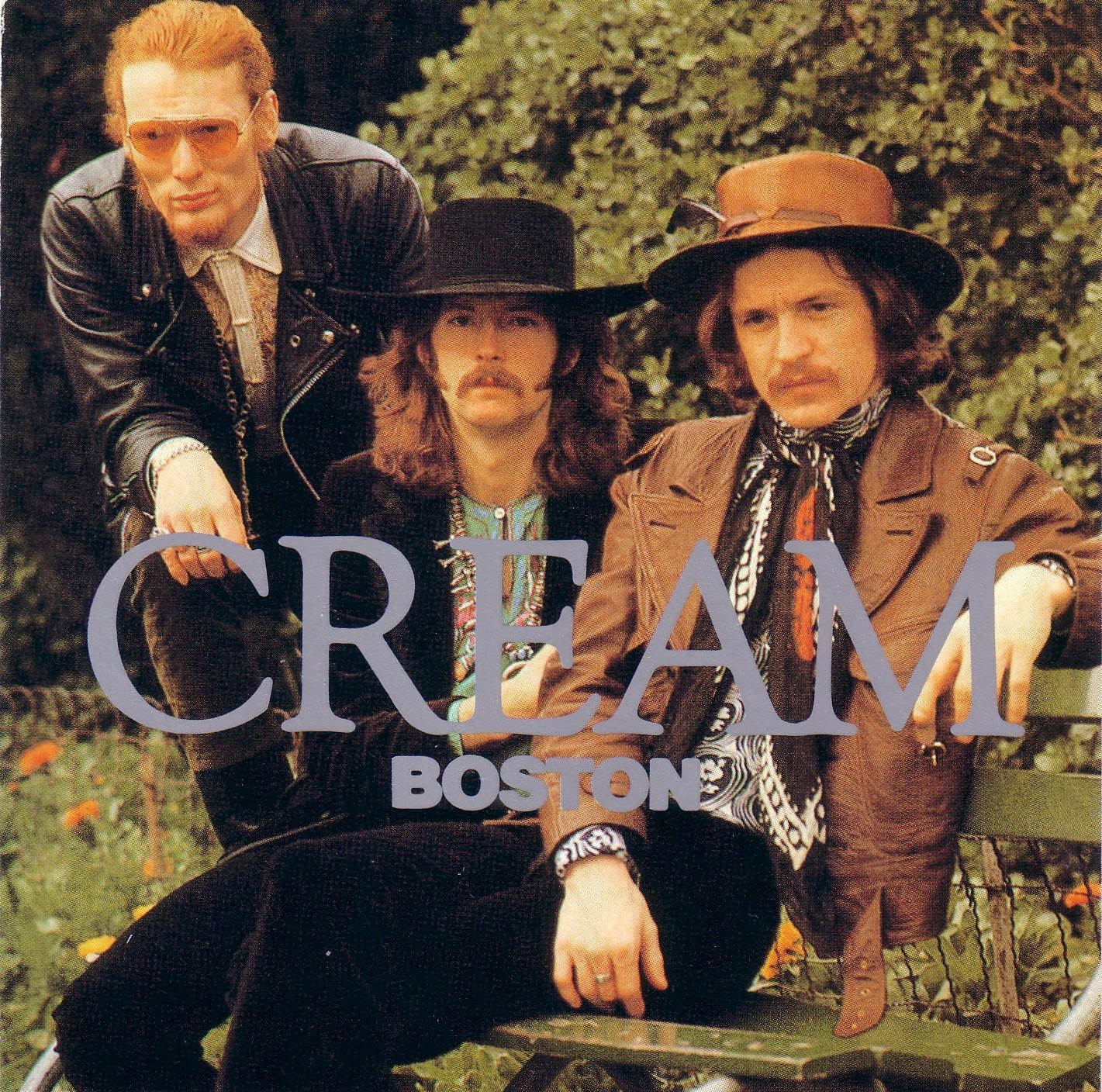 Detonating in the 'rock room' today is a classic field recording hailing from April 5, 1968 at the Bay Back Theater in Boston Ma. A clean, slightly thin audience recording of unknown providence exists of Cream live and smack dab in the middle of their extended Spring US 1968 tour. The 4,000 seat venue was to be witness to one of the most psychedelic and improvised concerts to take place in the 1960's. What the circulating low generation tape contains is a virtuous performance by three intense musical personalities fighting it out through extended rocket fueled improvisations. The breathing space allowed by the band's three instruments allows the audience recording to breath heartily with acceptable dynamics. After playing a show almost every evening for over a month Cream is a powerful and angry beast, spraying fire across the audience, practiced and locked in tight. 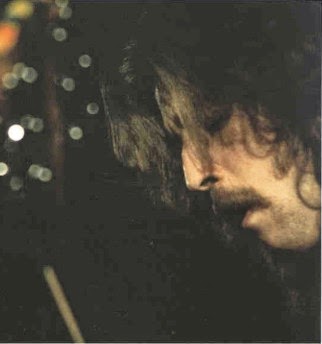 The recording and performance begins with a version of 'Sunshine Of Your Love' that immediately extends to almost 17 incendiary minutes. Clapton's first solo is elongated and during his second turn through the changes its obvious the band is feeling something. Bruce gets loopy and Clapton squeezes out colorful statements that stretch from the basic melody. When the band departs from the normal song structure they at first slam away at the expected themes, before Clapton starts to construct a frame comprised of buzzing and fractured chording. Bruce takes the opportunity to play his bass like a crooked lysergic trumpet while leading the band, encouraging Bakers tribal skin snapping.  At half past seven the first chromatic wave occurs as Clapton weaves a tangled sparkling web to which Bruce responds with amplified and sticky moaning. The music pulses amoebic, morphing into a white wash at half past nice minutes, Bruce and Clapton clash silver swords that detonate into transparent rain of the sun. Clapton throws solar mandalas from his guitar that rotate kinetically in cool flame. The improvisation has turned dramatic and at 11 minutes a smoky Egyptian flavor drifts in, alien in nature but slotting perfectly in the context of the jam. Leaving the desert sands the jam reaches dusk and turning slightly dark, grinds like the hulls of two large ships scraping together. The groove teeters slightly, before rising into a full tempo detonation that comes to rest in a danceable groove at thirteen minutes. After fourteen minutes the jam reaches a segment of euphoric start/stop syncopation's that bubble like heated plastic, Clapton hits a series of glissando's that boggle the mind and induce the band to even greater efforts. Failing to reprise the tune the band finally descends to solid ground with a proper ending, concluding on what sounds like Jack Bruce replying from  the stage, 'We like to get warmed up'. Indeed! The finest performance of the song you will ever hear in my humble opinion, not just because of length but because of girth.

Following the opening musical assault, the band unleashes another extended improvisation, this time in a blues format with the sixteen minute version of 'Spoonful' that comes next. A thick bitter dose of heavy blues follow with Clapton snuggled in his element and discharging an array of uniquely electrified blues licks. After warming up through the changes, at shortly after four minutes Clapton swallows the whole dose, now taking the jam to an unknown place. Bruce expresses some excited vocal interjections, getting off on the groove, driving the drill bit deeper. At six minutes Clapton  gets jittery exploding into a dizzying array of riffs, leaving the blues, spinning into the cosmos. Clapton begins to scream, squealing, bending metal, stretching for the mystical note. The jam slides into a fast funky plane, dissolving into a rolling Baker/Clapton holding pattern. The jam turns firmly hallucinatory, cloudy, churning organically in strange ways. The cymbals drop out at almost eleven minutes leaving Bruce and Clapton to enter an embrace. A gruff stone groove is hit upon that reenters a bluesy alley made of hot concrete. Exiting the jam Baker slams into a gritty Diddley groove that enters the back door on a drone of feedback while falling back into the muddy groove of 'Spoonful'. Amazing stuff, the first two songs of the concert are an alchemical display of psychedelic improvisation at its finest-- perhaps of all time. 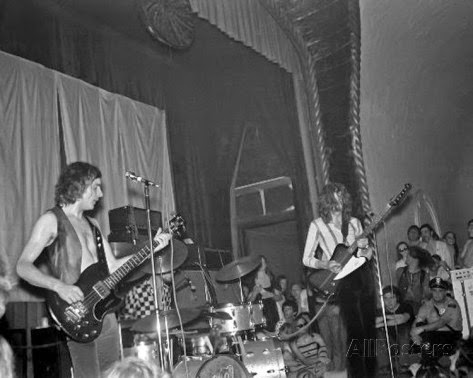 'Sleepy Time Time' is another tasty slap of electric blues, an original song composed by Jack Brice and his then wife. The band takes a heavy footed nighttime creep through the elastic vocals of the verse. Clapton takes an insomniacs swing at his first round of soloing, setting the stage for Jack Bruce to step up and solo through a series of the changes. Bruce highlights this particular performance with clutch vocals and trailblazing bass lines. A top notch group performance with each member contributing professional performances.

A stand out of numerous Cream concerts and an early career favorite of Clapton, Memphis Slim's, 'Stepping Out' became another important jam vehicle for the Cream. This version in my opinion surpasses the Live Cream II version available on official release. The band hugs the corners as they blaze through the accentuated and speedy changes of the tune. At around almost five minutes Clapton displays a boggling guitar trick, spraying a multitude of metallic shavings of sound, stretching the seams of the song, exposing its innards. Bruce then drops out leaving the stage to Clapton and Bruce who challenge each other, slamming horns and grinding gears. For the remaining seven minutes of the song Baker rattles off a rainstorm of poly rhythms to which Clapton decorates in an endless supply of chilling guitar mastery. From twelve minutes til the songs conclusion, Clapton hits a spot that I can honestly say I have only ever seen exposed by a few guitarists. This is obvious to all rock fans because Clapton is a known legend and is arguably the greatest guitarist ever. But when revisiting this era of Cream the wealth of jamming can seriously make anyone question what true improvised psychedelic rock music is. Wow. It doesn't seem possible that this music can be created from silence by these three musicians. 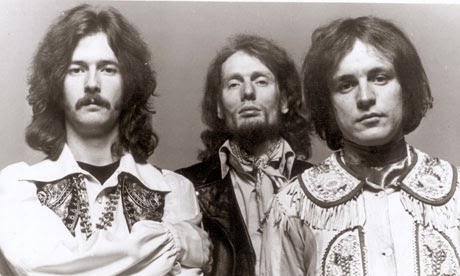 Bruce and Baker get together for a harmonica laced run down the tracks with 'Traintime' that cuts in already in progress losing about a minute I would guess. Bruce lays it down dirty with train whistle wines and off mic interjections. Baker keeps up with the motion of the locomotive conducting the trip through punchy kicks and cymbal hits. The song a fine example of where Cream's roots truly dug into the earth, a trusted location to return to when the dizzying heights of music and mind expansion became too much.

The recording concludes with another extended number, Ginger Baker's spotlight masterpiece, 'Toad'. The inspiration and blueprint for John Bonham's future drum excursion 'Moby Dick', this version extends past sixteen minutes and features Bakers early samplings of future Blind Faith classic 'Do What You Like'. After some truncated jamming by the trio Baker shows his numerous percussive talents, slamming double bass paradiddles, into deep tribal hollow grooves that touch on jazz influences before interspersing with aggressive cymbal smashing a crashing. The conclusion is a gigantic Himalayan avalanche of rock and snow, thundering and echoing through the halls of the mountain king. The band returns to restate the theme and conclude the recording and I assume the performance, unless there is a missing encore.

The three powerful and distinct personalities of Cream not only induced their finest musical moments but also initiated their quick destructive demise. For the short time that these musicians could coexist, their combination of talent, attitude, drugs and initiative combined to create some of the most multifaceted and combustible improvised the music the world has ever seen. The stress of this music's creation, in addition to the added pressures of stardom and abuse would splinter the factions within the band, leaving only the smouldering remains of the places they performed. Check out this audience recording created by an enterprising fan in the Spring of 1968, take a journey back to when consciousness changing music was still being created on a nightly basis.

Sunshine of Your Love