Put the Boot In: Ten Years After - 'Strings On My Fingers' December 3, 1969 Helsinki, Finland 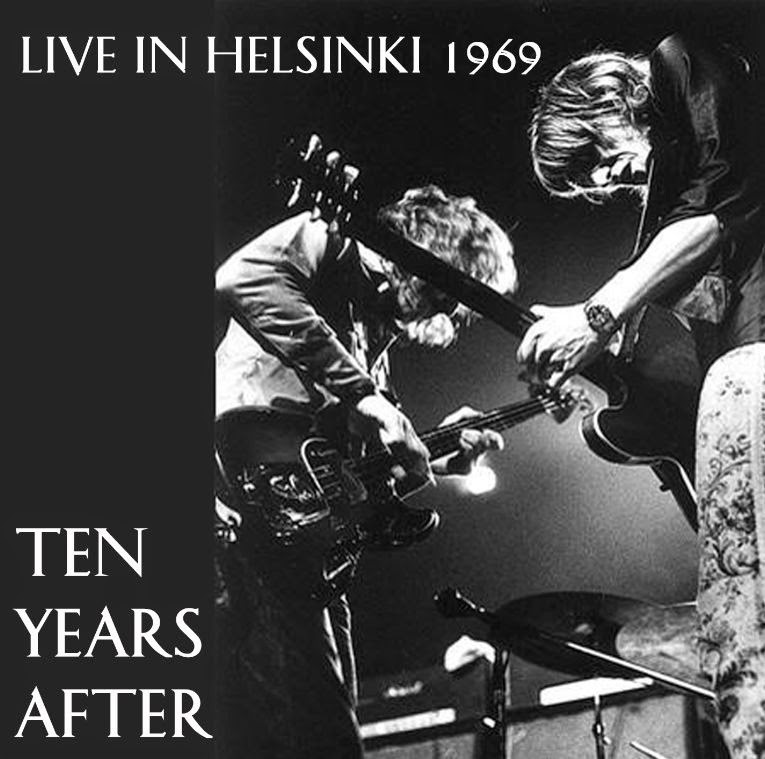 Live from the 'rock room' today comes a beautifully balanced FM broadcast soundboard recording of  British blues/rock/jazz masters 'Ten Years After' live in 1969. Fresh off of their career defining performance at Woodstock in August, this recording finds the band strutting with attitude and not letting up with the musical blues bombardment. This recording illustrates the group full of confidence, prepared for fame and playing an hour long set of salacious blues rock. This concert is in support of the band's 1969 LP release Ssssh.

While there are a few defining official releases of the group available for purchase, I would consider this particular recording an essential addition to viewing the musical palette developed by the group. The crowd is rowdy, the band is hot and they continuously ring the bell with their smoky interpretations of rock, jazz and blues sensibilities. The band consistsof founding members, Alvin Lee (Guitar, Vocals), Leo Lyons (Bass), Chick Churchill (Keyboards) and Ric Lee (Drums). This is the era that defined the group and their developing popularity which would soon reach its nexus.

The concert begins with the simmering shuffle of 'Spoonful', a dramatic reading of a tune many, if not all British blues bands from the 1960's tried their hand at covering. The song is an absolute standard of the blues idiom. The first highlight of the recording comes during Alvin Lee's introductory solo when he releases a charged blue hum of feedback that rings out as the rhythm section churns underneath his sonic manipulations. He follows to unleash a golden daisy chain of notes, so true one can only shake ones head in amazement. 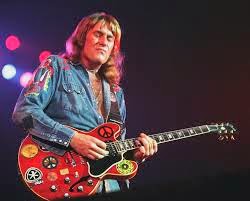 Unbelievably, following the opening 'Spoonful' the band now turns up the burners with the band showcase reading of Count Basie's, 'I May Be Wrong, But I Wont Be Wrong Always'. This high octane jump blues is a swinging nine minute clinic with each band member illustrating their own personal instrumental prowess. At 3 minutes in Alvin Lee falls off of the steep precipice of the amusement park coaster for a roly poly and euphoric array of riffs that seamlessly lead into Chick Churchill's series of dissonant, yet icy cool sliding of the keys. One thought that enters by mind here is how modern day guitar god Warren Haynes' discovered his own sound and how it had to have been pulled from the grooves of early 'Ten Years After' records. His own technique was obviously influenced by Lee's mastery of tone and resonance. It genesis is witnessed here as Lee gallops across the fretboard for a plethora of fuzzy kazoo glissando's, revolutionary in his approach, disorienting in its effect. A jazz club bass breakdown of heavy exclamations continues the groove before falling back into the main theme of the track. Breathless jamming to be found inside of this particular track.

Ric Lee's recognizable drumming takes center stage for a reading of 'Hobbit,' a jam constructed in the fashion of previous popular drum excursions such as Ginger Baker's 'Toad' and John Bonham's 'Moby Dick'. Lee's showcase is a tom-tom and hollow snare extravaganza, a series of melodic and pounding tribal statements. Lee raises the tension slowly and then pulls out the carpet so all that remains is a wash of cymbals and golden swells. This particular drum clinic is unique and is less about showing off abilities and more about building a towering wall of rhythmic statements and dynamic grooves.

Next comes a shady and sinister reading of the Sonny Boy Williamson classic 'Good Morning Little School'. The band hooks the jumpers to the terminals for a weighty and electric interpretation of this classic blues. Designed around a boulder heavy riff that pulls from the proprietary melody, the song splits open midway for a exposed deconstruction of the song. The drums drop out leaving only the hi-hat metronome click and the interweaving of Lyons bass and Lee's clean syrupy 335 tone. Like a stone skipped across a lake, Lee's well of spring water lines glides across Lyon's diffused riffing. Lee's playing becomes visceral, tumbling over rocks, leaving a glistening trail in its wake, only to disappear from the directed and created heat of the rhythm section. The drums return bombastically, initiating the jazzy groove into a over driven and tumbling improvisation. 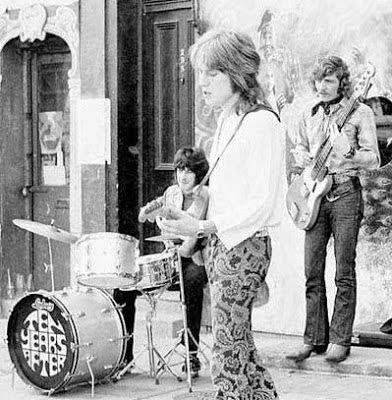 Bringing the vibe down slightly and keeping the increasingly rowdy crowd in check, Lee introduces the next song as a track they 'haven't done in a while'. The band begins the cobwebbed and haunted blues of 'No Title', hailing from 1969's Stonedhenge. It's roots reaching back to a classic Delta blues, Lee's vocal line and his guitar melody run side by side down a darkened two track country road. Like a vintage blues man Lee growls in heady syncopation about the contemporary state of the hippy blues man. This is the illustrated strength and power of 'Ten Years After', their ability to attach a modern approach to a vintage and respected past through any song they tackle. The song starts by slithering quietly, restraining an obscured strength, singing the the real blues. From out of the roadhouse dust and debris rises a shifty progressive sounding instrumental introduced by a shimmering extended Lee guitar line. At four minutes the band begins to unravel, Churchill holding down the jam with funky keyboard exclamations. Lee rides the undercurrent with profound soloing that bites, soothes and rolls across the landscape uncontrolled, subject to the gravity of the world. Following Lee's exposing of the songs interior, Churchill takes a pulsing and extended organ solo that peeks through a crack in the door at private quivering jazz lines, celebratory baseball stadium organ and thematic secular wonder. The journey takes a 90 degree turn, faces its accuser and drops perfectly into the sparse blues that began the song, ending appropriately on the single strike of a ringing bell of a ride cymbal.

A short break follows with the assembled crowd refusing to let the band leave the stage through shredded yells of encouragement. Lee announces that this will be their final song, though it will be 'five hours long'. The band then viciously concludes the evenings performance with a prelude of 'Scat Thing' which segues seamlessly into 'I Can't Keep From Crying'. 'Scat Thing' illustrates Lee as Mel Torme on acid, an animated guitar/voice marriage where Lee's love for jazz improvisation is on full display. The perfect conglomerate of talent, humor, improv and musical knowledge allows Lee to use his voice articulation and rhythmic mastery in conjunction with his clean and buttery guitar attack.

The band slides into 'I Can't Keep From Crying' like a clandestine lover slipping between the sheets, the groove a cross between the Butterfield Blues Band meeting the Doors at a British corner pub. The first solo spot by Lee is constructed of slippery phased block chords, distorted and linked together into a buoyant feathery musical chain. This metaphorical musical chain settles on the cloudy blue musical turbulence stirred by Lyons and Ric Lee's thunderous collaboration. Churchill initiates the slightest musical turn signal with whispered influence and Lee follows without question, goes clean and races around the corner to pull away from the group. 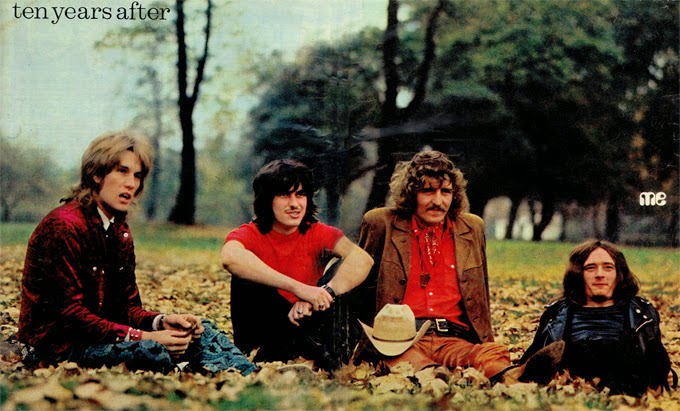 The band lowers the temperature slightly when Lee returns, leaving room for him to space out with Morse Code licks, springy trills and creaking string trickles and tickles. Just when the jam is going to float off into the unknown never to return, it explodes into the atmosphere with a hyper and kinetic 'Bo Diddley' alien groove. This jam becomes superimposed into a bipolar excursion that swings between multiple poles first quoting 'Sunshine of Your Love' and then 'Foxy Lady'. As 'Foxy Lady's dress is blown up from the exhaust, Lee glances back red faced before an obscene and muddy rutted guitar solo appears from the earth. Down tuning mid jam, Lee sinks the band into soft earth, burrowing with a substantial and guttural tone composed of the thickest mud and gravel. The group forms a circle around Lee ass he strangles thick blobs of sound, ringing the notes from his ax like hands squeezing a balloon full of water to its breaking point. Churchill again signals a change in the attitude of the jam with a quick musical clue, giving the rhythm section a slight goose in the behind. This institutes a herky-jerky sideways climatic ascending jam that reaches a peak, then descends only to attempt another towering summit. Rising again and then eliciting shattering glass, slamming doors, glitter guns and euphoric improvisational attitude this central jam is a highpoint of the song and of the evenings performance. The band carefully navigates their way back to the body of the song through a musical mine field before returning to the verse briefly, then departing on a final concluding funk jam that allows Lee to free form vocally while the band percolates behind him. The band brings it way down, dimming the lights to dusk, before concluding on a horny wave of bull horn feedback. The crowd erupts in rapt amazement and adulation as the MC announces the end of the performance while the existing tape concludes.

The circulating recording of 'Ten Years After' from the Kulttuuritalo in Helsinki, Finland December 3, 1969 is well worth the search for any fan of the British blues explosion, as well as any admirer of psychedelic or improvisational music. The well known and diverse musical styling of guitarist Albert Lee, who's playing smooths the edges of multiple genres, is instrumental in driving the band into their amazing blues interpretations as well as into differing realms of jazz, and bebop and boogie. This perfectly balanced soundboard recording will be a welcome addition to the collection of any lover of  edgy blues and jazz based musical explorations. It's clarity and ambiance only magnifies the incendiary performances to be found upon review.


Posted by talkfromtherockroom at 8:23 AM