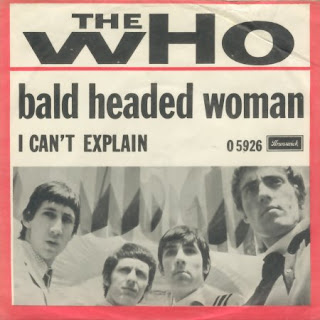 ‘Now Playing’ in the ‘rock room’ is a significant eight minute black and white clip of ‘Mod’ gods, The Who, live and in concert at the famed Marquee club on February 16, 1965 and broadcast on French television in March of the same year. This choice clip of The Who was compiled from  the 1965 French documentary, Seize Millions De Jeunes - Les Mods which is now included in its entirety on the Blu-Ray edition of the Quadrophenia film as additional bonus footage.

This film is absolutely must see, capturing the young and hungry Who emanating a shaky energetic power just on the verge of severe detonation. No extended ‘rock opera’s’ or artsy ruminations here, just ‘Maximum R and B’ and a tight practiced band reaching for new, exciting and progressive ways of musical expression.

The one downfall to this footage is that it exists in a highly edited form with some voice over that makes the viewer hunger for the whole delicious performance. Even in the complete documentary Seize Millions De Jeunes - Les Mods what exists is all you get.

London’s famed Marquee Club was the launching point for and location of many of rock and rolls most legendary bands and performances and as previously stated, this Who performance is one of the finest visual captures you can hope for.  Six months from being called ‘The High Numbers’ this small slice of ‘Mod’ history is thrilling yet somewhat frustrating because of its brevity. 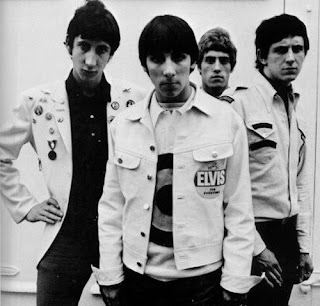 Four snippets of song were thankfully released by the French television crew and all are cover songs displaying the formative influences that the The Who took to heart and used as launching pads for their own artistic development. The songs featured are James Brown's ‘Shout and Shimmy’, Garnett Mimm's ‘Tell Me Baby’, Martha and the Vandella's ‘Heatwave’, and a devastating take on Willie Dixon’s ‘Spoonful’.

The footage begins with ‘Shimmy and Shake’ already in mid progress. Dapper Daltrey is dressed in a checkered suit and choking tie and he sways to the seething rhythm. Townsend stands hunched over his Rickenbacker, undulating to Moon and Entwistle’s heavy groove.  The intimate footage is stunning as the camera soon fits Townshend’s head to the frame and focuses on his face and backing vocals to the performance.

The next clip is of ‘Tell Me Baby’ which is perfectly funky and highlights Entwistle and Townshend falsetto vocals. All band members have a microphone which allows Moonie to lend his vocals to the mix as well. Moon soon becomes the focus of the camera and these moments find Moon at his best. He flips and twirls sticks, lands back on the beat and dances across the skins with aggressive taught strikes. The band heavy steps through the track and the later distinctive Who fingerprint is discernible all over this delectable cover. 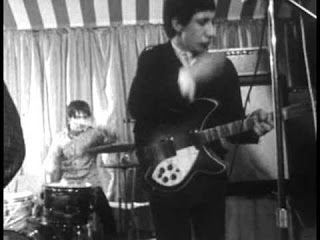 ‘Heatwave’ follows and again is charged with electric energy, with Moon banging in conjunction with Townsend’s orchestrated yet still infantile windmills.  Daltrey taps his tambourine against his thigh, his stage presence still under construction while Townshend boogies at the assembled on lookers. Unfortunately Entwistle is only caught in glimpses in this footage, but his bottom end is well discernible. The tail end of this particular clip also features a enjoyable look at the Who’s early back line of amps, highlighted by Pete’s already war torn Hi-Watt/Fender full stack amp.

The final song of the featured clip and the most spectacular of the bunch begins with Daltrey blowing hard on harp as the jam sounds as it is being played from a dank alley; prospective handfuls of purple hearts and glasses of ale lend a nervous quality to the streaks of feedback escaping from Townshend’s guitar.  Pete and John start to stretch bluesy moans from their taught strings. Daltrey becomes silent as Moonie looks to the twin pillars of Townshend and Entwistle for signals he steady's the hard changes that sound like a version of ‘Spoonful’.

Entwistle twists some lead lines around Pete’s hastily constructed wall of sonic debris. Townshend then extends his arms scarecrow before thrashing his Ric aggressively and burping out further shots of live ammunition. He then thrusts in an erotic rhythm while continuously stroking shards of steaming metal from his guitar neck. Moon answers accordingly. In the ‘rock room’s humble opinion this is some of the finest available footage of the band one can enjoy, especially from their early club days. Pete then starts to stab his guitar into the flesh of his amp cabinet coaxing additional waves of sound and it is there the footage concludes. Ouch, but wow.

Available for your enjoyment, this 8 minute clip of prime early Who is sure to get your blood pressure up and your musical interest piqued. We can all hope for a complete version of this performance to appear someday. Fingers crossed.

Posted by talkfromtherockroom at 11:22 AM