Put The Boot In: Yusuf / Cat Stevens - Boston 2014 - Remember the Days of the Old Schoolyard 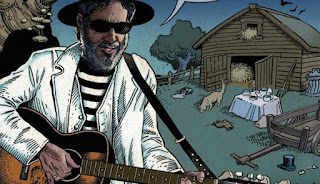 Spinning in the ‘rock room’ today is a unidentified set of files captured during Yusuf Islam’s 2014 return to touring. Taped from the audience and supplemented with You Tube footage I am enjoying one of Yusuf’s East coast dates from the tour. I was lucky enough to attend the Boston show and can know reflect back on one of the finest performances I have had the pleasure of attending.

A frigid and blustery Boston night was braved by a sold out crowd, many who had waited 38 years for Cat Stevens’ (now known as Yusuf) return to the performing stage. In support of his 2014 studio LP Tell Em I’mGone, Yusuf is currently playing a limited number of engagements across the US. His second appearance of six dates in the states took place in Boston on Dec. 7, exceeding any and all expectations for the talented and sometimes controversial artist.

The intimate and ornate Wang Theatre was the setting for a two-set, 105 minute performance composed of Steven’s most beloved classics as well as samples of Yusuf’s contemporary dusty desert blues compositions. The tour moniker, Peace Train…Late Again was reflected in the stage set, which was constructed of a broken down train station that changed mood and vibe based on the song performed.

The concert illustrated the elder Yusuf as an artist willing to reveal and explore all aspects of the Cat Stevens catalog that made him famous, in addition to the expanding song list of current Yusuf compositions. The first hour-long set of the concert settled into mellow dual acoustic guitar groove opening with ‘The Wind’, the same number that opened Cat Steven’s last US tour in 1976. Similarly to 1976, long time Yusuf friend and musical colleague Alun Davies was included on acoustic guitar. In addition to Davies, Yusuf was joined by keyboardist Pete Adams, bassist Stefan Fuhr, Drummer Kwame Yeboah and additional guitarists Matt Sweeney who sat in on tracks from the new LP and Eric Appopoulay.

The first half of the concert drifted between familiarity and discovery with Cat Stevens classic tracks and deep cuts intermingled with Yusuf’s poignant new material. Regardless of the composition, the songs and stories are all developed from the same earth spring of inspiration, the musical and spiritual journey of Cat Stevens. Yusuf reclaimed his early hit ‘The First Cut Is the Deepest’ for his own in a sing along performance featured early in the show. Highlights of the opening set included a rousing reading of Catch Bull at Four’s ‘Sitting’ that rivaled the original reading, a rare and floral ‘All Kinds of Roses’ off of 2009’s Roadsinger and an always relevant reading of ‘Where Do the Children Play’ that received rapturous applause and soulful accompaniment from the crowd.

Yusuf’s voice was a perfectly preserved specimen for the duration of the evening. It’s strength somewhat diminished by time, but its resonance and emotion deepening with every performance. A deft pairing of the old and the new displaying this current vocal approach found Cat Stevens first single ‘I Love My Dog’ given a jazzy reading before followed with 2014’s ‘Cat and the Dog Trap’, in my opinion the most beautiful song both lyrically and instrumentally on the new LP.
The opening set then closed with a collaborative ‘If You Want To Sing Out’ from the 1971 Harold and Maude soundtrack that left the crowd smiling and highly anticipating the second set. 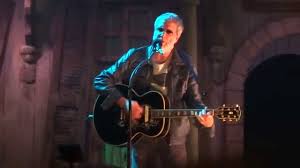 The second set began shaded and the train station turned twilight and dim. The Peace Train was drawing near, the band was armed with electric instruments and break into a funky and strident cover of ‘Big Boss Man’ that enunciated the tastefulness and collaborative interest displayed by Yusuf’s touring band.

Yusuf then introduced ‘Eddie Vedder’s favorite song’ before playing an intimate and definitive version of ‘Trouble” off of 1970’s Mona Bone Jakon, an inspired choice. ‘Oh Very Young’ followed and received a standing ovation after a flawless rendition illustrating Yusuf’s acceptance of his Cat Stevens legacy as well as the joy it brings him by playing the music. The set now revealed the big songs, the songs that cemented Yusuf’s career then and now. ‘Moonshadow’ was played by the full band in a triumphant arrangement, Wild World, ‘Father and Son’ and the long-awaited ‘Peace Train’ were played with infectious joy and virtuosity. Intermingled with these well-known and sought after classics were the impressive tracks off of the new LP including a soaring reading of Edgar Winter’s ‘Dying to Live’ and the gritty ‘Editing Floor Blues’.

The second half of the performance gave everyone exactly what they had come to see, whether a child of the 60’s, an aging hippy, or a recent passenger on the ‘Peace Train’, there was a song or a message for everyone. Each of the Cat Stevens songs performed felt fresh, their arrangements rediscovered, their melodic nuances fully explored. A celebratory reunion of an artist with his long-lost musical children was taking place on the performing stage.

The hardcore Cat fans were sated throughout the set, first when Yusuf amazingly quoted multiple movements from the 1973 opus ‘The Foreigner Suite’ and then again with the encore choice of ‘Sad Lisa’ which brought the house down in its unique spot as a closing encore number. The set first concluded with the aforementioned Cat Stevens signature readings of ‘Peace Train’ and ‘Father and Son’, songs that defined an era as well as inspiring the beliefs and relationships that developed during the two songs popularity.

Then for the encore Yusuf and band returned with a welcome appearance of ‘Miles from Nowhere’ which made for a Tea for the Tillerman double encore when followed by the spooky beautiful piano based ‘Sad Lisa’. Again, Yusuf sang with precision and grace, offering a broad smile after a slight vocal hiccup during ‘Miles from Nowhere’. The small miscue illustrated a fantastic moment, revealing Yusuf’s new musical joy, and his sincere appreciation for his fans and followers who had waited so long to see him again or for the first time.
Posted by talkfromtherockroom at 12:36 PM