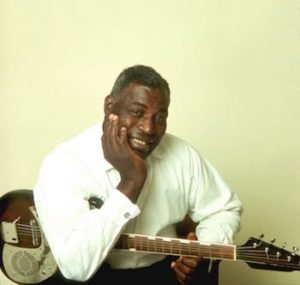 Revolving in the ‘rock room’ today is what many folks including myself refer to as the first ‘rock and roll’ cut. Obviously this is a highly debatable statement, but in the case of Howlin' Wolf’s September 1951 single, ‘How Many More Years’ it may be true. Recorded in July of 1951, the song is a frightful, distorted and cutting slab of blues that does everything a good rock cut should do including menace the listener. The Wolf blew deep train whistle harp and moaned the dangerous vocals while being supported musically by (not confirmed)  Ike Turner on piano, Willie Steele on drums and Willie Johnson on the revolutionary electric guitar. Yes, that is the Ike Turner you think it is, he was actually instrumental in getting Mr. Chester Burnett to record his songs after his departure from the military. Now as an aside, it has been stated that Billy ‘Red’ Love is the piano player on this recording as well. Unfortunately with a number of formative blues recordings like this it is often difficult to confirm or deny the musicians involved.

Released by Chess Records, the September 1951 single featured ‘Moanin At Midnight’ as the ‘A’ side with ‘How Many More Years’ as the flip. Following its release, ‘How Many More Year’s caught the ears of listeners and became the more track that received more spins. Eventually ‘How Many More Years’ began its ascent up the R and B charts and eventually landed at number 4. Both sides of the record were composed by Chester Burnett aka Howlin' Wolf. You may ask why copies of the original 45 say ‘Carl Germany’ as the composer? This has since been changed, but originally songwriting was a funny business and as favors to the DJ’s who played the songs they were thanked with credits! 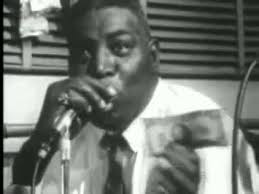 Years before the accepted ‘birth’ of rock, Howlin' Wolf was laying down a weighty blues groove with bricklayers hands. Taken in conjunction with the able production efforts of Sam Phillips, ‘How Many More Year’s was a stunning slice of electric blues and a heavy duty recording that blues players in modern times can only look at with glazed eyes and stunned amazement.

The needle drops and the song begins with series of heavy knocking on a woody piano and a hard left hand. Soon, the first fuzzy edged guitar lick by Willie Johnson begins and just kicks down the damn door. Right away there is something going on with the ambiance of these monstrous instrumentalists. Presumably, Johnson's guitar tone was born from an overdriven tube amp and Johnson’s introductory licks send a graveyard shiver up the listener’s spine. When Wolf’s voice enters it contains the same serrated quality. What sounds like a voice coming from under muck dirt over a fresh grave Wolf asks, actually demands of his woman, ‘How many more years have I got to let you dog me around’, I’d soon rather be dead, sleeping six feet in the ground’. With a vocal as substantial as Wolf’s 6’6 frame, the band enters the break with a melodic Wolf harmonica break while the rhythm section chugs along while wielding rhythmic blades. 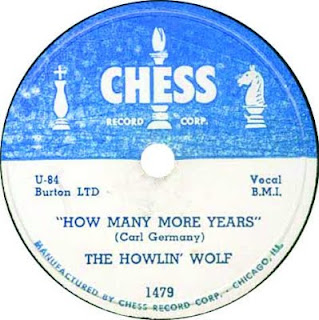 At the turnaround Johnson dices up a descending lick to which Wolf again gusts his blues horn. Turner/Red dances around the black and whites while Johnson answers by playing perfectly timed sliding 9th chords. The back beat is stomping work boots on a wooden floor hoping for an evening of hip shaking. It’s no wonder that these early blues recordings were looked at with a side eye. This stuff cooks with liquid white heat and I can witness how easily it would have got the juke's hopping and initiated the listeners into getting it on! Wolf returns for the final verse where he goes upstairs to pack his clothes and leaves with a concluding warning that ‘If anybody ask about me, just tell em I walked out that door’. While the verses descend the rickety staircase to the front stoop, the music swings with just a touch more aggressiveness led by Johnson’s shadowy licks. In under 3 minutes the track concludes, but offers a lifetime of wonder and influence.

‘How Many More Years’ importance cannot be understated, The song would be dissected by a number of aspiring musicians over the years, from all walks of life and corners of the globe, with its individual elements influencing composition, aesthetic, attitude, and abilities. Musicians aspired to tap into the deeply rutted roots of this formative music. This song represents a hearty well spring that many future ‘rock’ musicians tried to emulate and replicate but could only hope to touch. Like anything, it would eventually be co-opted and homogenized with a gentler and admittedly ‘whiter’ presentation.

In the 1950’s the blues would be pressed into the mainstream by artists like Elvis and in the mid-60’s by the Stones and Butterfield Blues Band. By the late 1960’s bands like Led Zeppelin and the ‘heavy’ blues bands were unabashedly borrowing and covering songs from the musical giants like Howlin’ Wolf, (see ‘How Many More Times’ from Zeppelin's 1969 debut) But we know the truth. Thankfully the musical magic is documented,the topography can be traced and its bloodlines confirmed. The later rock bands who followed the original blues masters must be thanked, as without their deep archaeology, the giants may have become instinct. In 2018 famed purveyor of blues, Jack White reissued Wolf’s 1951 single on his own Third Man Records label confirming  not only his own influences but insuring a new generation of blues fans can listen for the reverberating call of the Howlin’ Wolf.

Posted by talkfromtherockroom at 12:20 PM