This installment of "Talk From the Rock Room" is going to focus on the enormous news that has been announced by The Estate of Pete Ham this week regarding upcoming releases and events for 2013. Dan Matovina, author the definitive Badfinger text "Without You", and representative of the Pete Ham estate has teamed with PledgeMusic to release some very special Pete Ham ephemera. A hometown celebration, in addition to varied audio and visual releases are planned for next year.  Whether you are a casual listener or a hardcore fan like myself there are many options in which you can donate and receive special Pete Ham merchandise. This project will not be undertaken unless the donation quota is met, so read on and please donate to get some super rare Pete Ham goods! This event will coincide with what would have been Pete Ham's 66th birthday.
First, I would like to give a brief background on Pete Ham for my readers who are not familiar with his importance to the world of rock and roll. The rest of this blog space will be used to expand on the series of events and releases which will culminate in a special tribute concert in Pete's hometown of Swansea, Wales. Pete Ham is easily one of a handful of singer/songwriter guitarist whom I would consider as being labeled with being the "best" of all time. Author of such prodigious songs as "Baby Blue", Day After Day"," No Matter What", and "Without You" is as an impressive a resume as you can get. This is not to mention his superlative and underrated talents on guitar. A combination of unfortunate events weighted Pete down and resulted in his eventual suicide. What makes this loss even more painful is that I feel Pete was on the cusp of wider recognition as his songwriting and guitar playing were on their way to reaching new heights. I digress, because this entry is supposed to be a celebration of Pete Ham, not a rehash of negative events. To anyone who wants to explore the world of Pete Ham and his artistry I suggest starting with the Badfinger records, and moving on to Pete's solo and home demos for a complete portrait of his multiple talents.
Moving forward, the big news for Pete and Badfinger fans is the possible release of "Keyhole Street" a two CD collection of Pete Ham's home demos from 1966-1967.Composed when Pete was at the ages of nineteen and twenty this collection will feature a diverse portrayal of Pete's songwriting abilities in their formative stages. These demos were recorded by Pete on his home two track machine. This will be a highly limited release dependent on reaching the donation goal in the allotted time period. This is planned to be a fifty track release full of special and intimate recordings. In addition to the music there are special packages that contain posters, stickers, limited edition 7" vinyl plus member only benefits for donors helping to get this release off of the ground. This release cannot happen without Pete's fans, who all need to step up and show they want this music to be heard. Three percent of the funds collected will also be donated to charity.
Similar to previous Pete Ham demo releases "Golders Green" and "7 Park Avenue", "Keyhole Street" will be an intimate peek at an artist in development, and on the cusp of greatness. There is already a sample track available for folks that pledge, so I urge you to go to the page and check it out. The fidelity and rarity of this release make these tracks a "must have". With all of the excitement generated by this unique release, there will also be a series of events planned around the reveal of the actual musical gifts.
Coinciding with Pete's birthday next year in his hometown of Swansea, Wales will be a blue plaque ceremony, tribute concert, and memorial stone unveiling, all paying tribute to Pete. It's a long overdue celebration of a musician who was never in search of any kind of accolades. Having Pete remembered in his hometown with a "Heritage Plaque" is an honor for his friends, family, and fans. If Pete's music has touched you in any way, these events are a positive way to show your support. Even if you cannot make it to Swansea, your donation can still make a difference.
At the conclusion of my blog I will have links to PledgeMusic, and Pete's official page where more information about the releases and events can be found. I will also include a few tunes of Pete to keep with the usual "rock room" theme. As any "rock geek" can attest Pete Ham's contributions to music cannot be understated and this release and tribute are a beautiful expression of love from Pete's family and friends. Please check out all of the events planned around Pete's 2013 birthday, and "No Matter What" you do, please remember to pay respect to an amazing musician, and even better man. 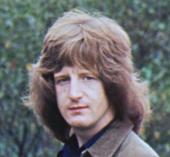 
Posted by talkfromtherockroom at 8:21 AM