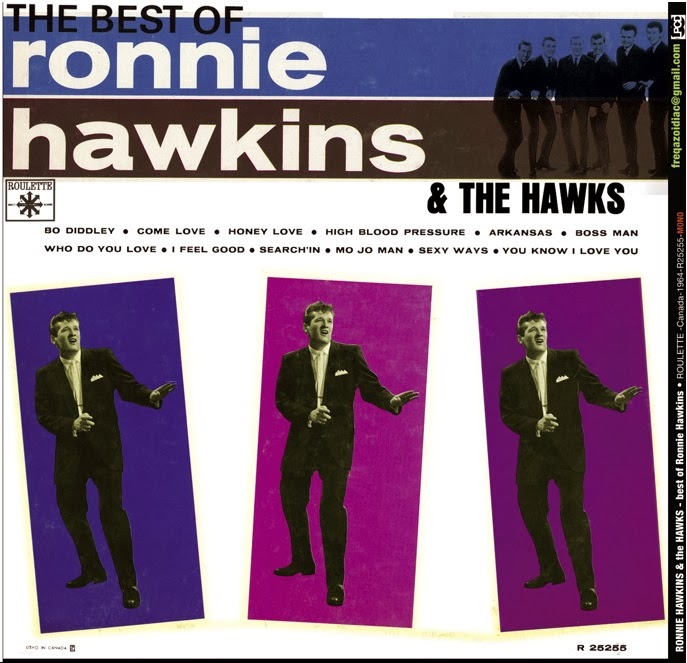 Spinning the ‘rock room’ today is a sturdy pillar supporting the cathedral that is rock and roll history. The album Ronnie Hawkins and the Hawks: The Best of Ronnie Hawkins was released courtesy of Roulette Records in 1964. The mono LP not only features Hawkins performing with his usual rock and roll renegade sensibilities, but also broadcasts the talents and abilities of Levon Helm, Rick Danko, and Robbie Robertson (The Band) on all tracks, as well as appearances by Garth Hudson, Richard Manuel and King Curtis.


The sides Hawkins was cutting during this period would influence a host of famed rockers John Lennon and Bob Dylan included. Hawkins albums always contained the hottest shit musicians and a no frills ‘in the gutter’ approach. Dylan would eventually take Hawkins former band for his own to help disseminate his ‘thin wild mercury music’ on the legendary 1965-66 tour. When the needle drops on this record, there is little doubt on whom the best rock and roll band in the land was. Say what you will, but the guys in the Hawks were playing at a level that few bands ever reach. The proof is in the recordings, this particular disc directly pointing to the eventual musical pinnacles reached with Dylan in 1966 and soon after that the sacred heights scaled as the Band. 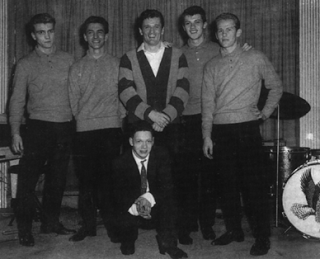 The LP opens on a snare shot and the group is off and shredding, glowing in a sizzling glossy black. Robertson’s slightly static guitar pumps ‘Bo Diddley’ full of a metallic scrubbing sound, a sound alien to this era, the 'Diddley' beat now modernized and super charged. Hawkins swamp hollers, or more appropriately, huffs out Canadian wind storm screams, waiting for the resounding echoes from the backing peanut gallery. Sexy and sultry, the opening ‘Bo Diddley’ smells of Canadian whiskey, stale cigarettes, loose ladies and the funky clubs of Young street in downtown Toronto in the early 60’s. The deep tree lined grooves played by Helm and Danko and developed here foreshadow their future deep running and powerful roots. Swelling ‘rave ups’ separate the galloping drums verses and amphetamine piano slapping contributed by Richard Manuel.
‘Come Love’ is a sultry swing, Hawkins vocals are punctuated by Robertson’s sharp edged paper cut Stratocaster. Robertson’s first solo a tasteful yet twang exploration of the blues groove, his tone a silver arrow chilled by the Northern winds. Staying on the subject of grooves, ‘Honey Love’ in contrast, is a product of the time, a lighthearted Latin flavored ditty, highlighted by Helm’s roly-poly island tom-tom’s and Danko’s animated and thumping lines.

‘High Blood Pressure’ is as tight as a shrunken sweater. Hawkin’s sounds way laid back for this vocal performance. The entire ‘future’ Band is also featured on this recording with all five members accounted for. You can tell because the groove shakes likes the leaves on the trees and the feel is the undeniable Band (Hawks) rhythm section and dual keyboard/piano attack. Mr. Hudson starts to go impressionistic with his introductory solo enveloping the group with his individualized sonic pallet.

Creeping along on a blue piano, ‘Arkansas’ rolls down dusty roads, name checking women and locations while reminiscing about his favorite lady. A moody and original song instrumentally, again, Helm’s drums injecting the song with its danceability and its swing. Garth Hudson also drizzles musical honey all over this track.

The following song ‘Boss Man’, contains the entire future Band contributing once again. Garth Hudson’s fat organ swirls along in windy time with the sly swing of the group. The finger snapping workers lament is made convincing by the low key shadowy strut, even the humorous ‘huh huh’ backing vocals add to the enjoyment. Good stuff. 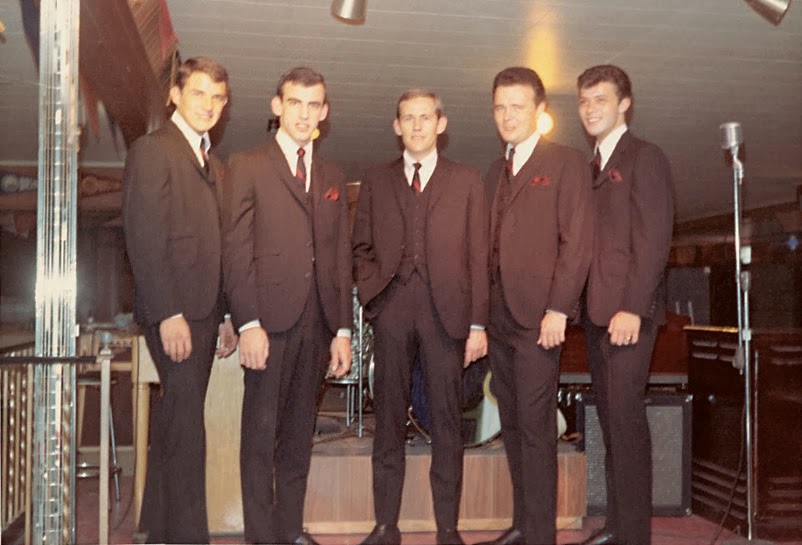 Side two opens with a violent and shattering event, the musical impact of‘Who Do You Love’ is immediate. The song streaks out and grabs the listener emphatically by the shirt asking the question, ‘Who Do You Love?’ Danko’s bass loops and loaps, jumping from the speakers then retreating like a wack-a-mole game. This was the Hawks signature song and it shows, there is a levitating delicacy to their aggressiveness. Suddenly, they quickly turn a hard corner and kill an ant with a hammer. The mid section builds rising on Hawkins ascending guttural screams, then excitedly bursts at the seams, revealing pounding black and whites, droning bass, and Robertson standing baby faced, scorching eyebrows with the frictioned heat from his guitar statements. This definitive track belongs on any hypothetical list or discussion regarding ‘rock and roll’s’ foundational songs, or important musical moments. Must have

‘I Feel Good’ bounds in on a rockabilly groove, buoyed by Helms dependable beats. King Curtis takes the first solo with a celebratory investigation of the melody. To my ears this song is in the style that the members of the group were starting to rebel from, less of the pop, more of the ‘R and B’ and violent raucous rock. In the context of the LP it sounds good and lends diversity to the record as well as showing off the multiple talents of the Hawks. 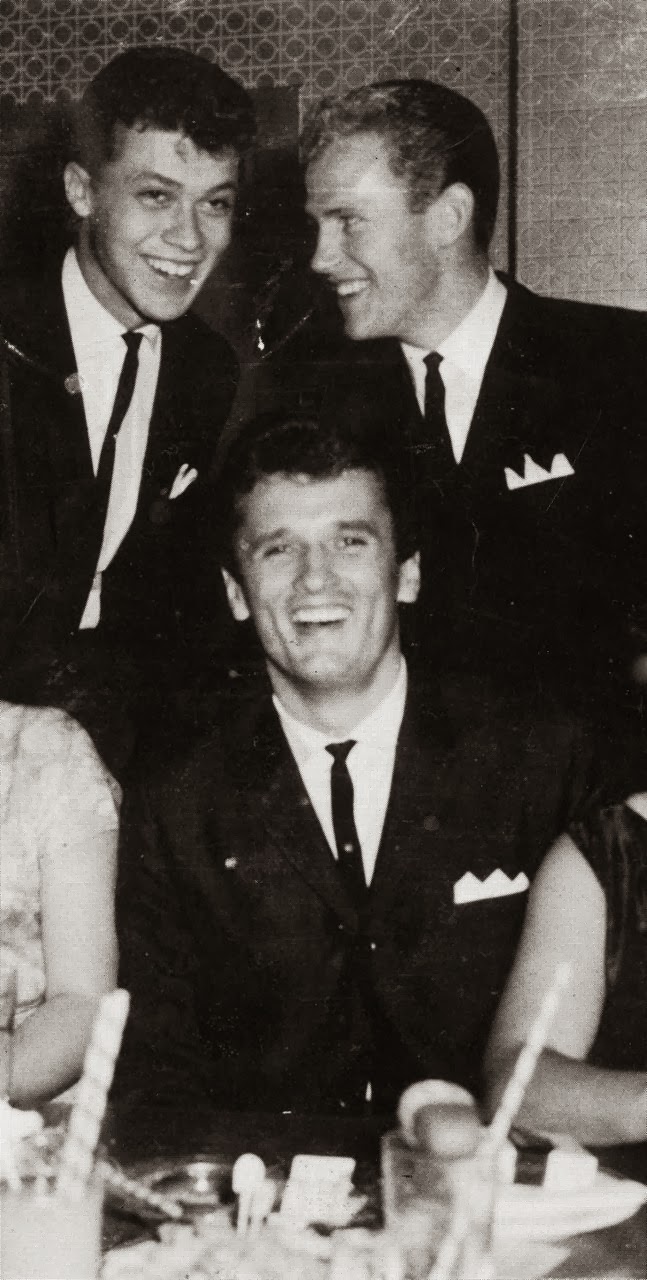 One of my personal favorite songs on the LP is the version of ‘Searchin’ that Hawkins pulls out, the bluesy shuffle accentuated by possibly the dirtiest guitar you will hear on a recording from 1961 (when this number was recorded). Robertson peels prickly sections of sound from his guitar that positively moan.... this is serious stuff here. Helm and Danko sit back locked in a stone thrown across water cadence, over which Hawkins raps the syncopated tale.

The final song that features all five members of the Band as Hawks is ‘Mojo Man’. ‘Mojo’ bops along on Danko’s percolating bass line and features a golden Curtis saxophone solo foreshadowing the future Band’s own wailing horn section additions during their own career. Another irresistible pulse is donated by the group making obvious that the potential in the 'band' is surpassing  the principal and namesake.

The LP comes to a close with two numbers that showcase Hawkins voice, the first displaying his ‘Elvis’ falsetto’ upsing’. ‘Sexy Ways’ lets Hawkins get the girls worked into tizzy with his creamy smooth singing of various compliments over the churning rock rhythm. The tune has some big female backing vocals and a nice sax solo, but it fades out just as Robertson gets a chance to juice it up! In my opinion the weakest song on the record, but hey someone may love it!

The album concludes on the slow burn of ‘You Know I Love You’ with Robertson making up for a missed opportunity on the previous song with a sharp and unique opening riff that slides in sensually. The lick is absolutely shiver inducing in conjunction with the silvery bell chimes on Helm’s drum kit. Hawkins swings like a slightly inebriated playboy, Mr. Dynamo charming the ladies right out of their skirts, even though they ‘don’t even know his name’.

1964’s Ronnie Hawkins and the Hawks: The Best of Ronnie Hawkins LP finds one of ‘rock’s’ finest showman during the prime of career, as well as spotlighting his backing band, who was about to embark on the journey of a lifetime, culminating with some of the most revolutionary music ever heard in popular music. This is a hard one to find in the bins, but is still available in digital formats and is well worth a concentrated listen.

Who Do You Love