Put the Boot In: Bob Marley and the Wailers May 30, 1980 Zurich - 'The Real Revolutionaries'

Jammin in the 'reggae room' today is a beautiful soundboard recording of a Bob Marley and The Wailers concert from May 30, 1980 that has never circulated until this past December. Having this tape appear over thirty years after the concert event is a noteworthy event in itself. The bonus is that the tape features a smoking and stunning performance by the group. The instruments are balanced, the mix sounds official and the Wailers put on a smouldering display. 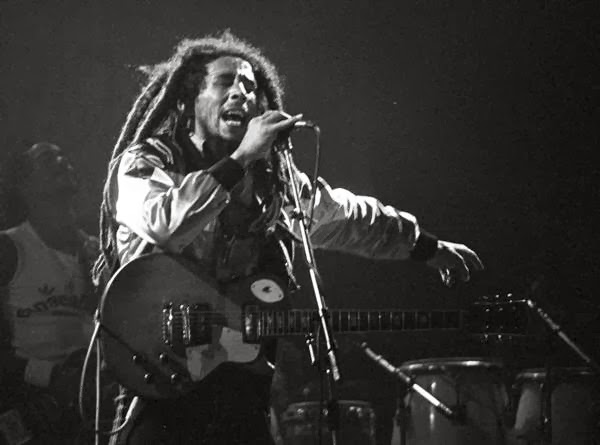 This concert is the first of show of the 1980 'Uprising' tour European leg and features a few rarities and a stoney enthusiasm by the group that translates well to the tape. Unfortunately by the time the group reaches the US in September, Marley will be performing his last concerts, and these preceeding concerts become even more poignant. This recording is a revelation, capturing Marley on a perfect and celebratory musical evening, revealing another piece of the man who, like his compositions has become greater than legendary in the years since his death. There are many gaps in the available recordings from this tour, making this tapes discovery even greater cause for celebration for Marley admirers. Reggae fan or rock fan this capture is a beautiful recording to put the feet up with, close your eyes, and 'Catch a Fire'.

The recording picks up with the red, yellow and green buoyancy of 'Zimbabwe', a statement of Marley's support of guerrillas fighting for racial independence in the country. This song is most likely the third or fourth song in the show as set list examination from concerts later in the tour reveals that 'Natural Mystic', 'Positive Vibration' and 'Revolution' often preceded 'Zimbabwe'. 'War/No More Trouble' is featured toward the end of this recording here, differing from its earlier position later in the tour. 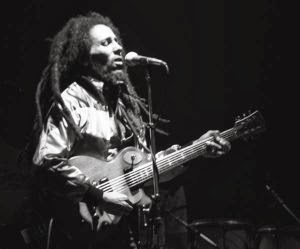 'Natty Dread' follows crisply and is a coiled spring ready for release. Water soaked keys squish out groovy exclamations, Aston Barrett's bass humming full the empty spaces. Marley is in great voice with the distinctive paper cut rasp giving the melodies a bite, that he can control at will.  The culturally proud 'Natty Dread' concludes with a huge Marley exclamation and short dialog before blazing into crowd favorite and one-two no pain punch of 'I Shot the Sheriff', and 'No Woman No Cry'.  'Sheriff' is full of eager Marley vocalizations, and his deep hearty asides the stand out under the 'I-Three's' sweet backing vocals. 'No Woman, No Cry' causes the crowd to explode, audible the tape, and their big additional vocals leak onto the recording endearingly.

One of the revelations to appear from the tape follows with a version of 'Talkin Blues'. A warm stone in the sun, made for daydreaming, is the foundation of this rare 1980 performance. The stair climbing ascending and descending central riff lends a smoky positivity to the 'blues' content of the track. A true highlight of the show with syncopated solo section that pops with Rasta energy.

The same rings true for the 'new' song from the yet to be released Uprising album 'We and Dem' that follows. The song rolls out on a fat round bass tone, thumping into a slow burn. The track is not as tight as the preceding numbers, possible cause for its eventual disappearance from the set. The rarity factor is high here, and the sound quality makes it all worth wile in spite of some tentativeness by the players.
'Lively Up Yourself' slinks out slowly like a heavy pull off of the Kaya. A sensual tincture is created between the swelling keyboards and mantra chink-chink. Marley vocalizes like an oceam horn blowing free and easy across the coast. Shimmering guitars by Al Anderson and Junior Marvin are notable throughout. A well played performance that becomes obscured by the smoke eventually revealing itself to be a definitive version.

'Jammin' and 'Exodus' follow keeping the momentum high and the lyrical content diverse. 'Jammin' dissolves into a bass laden vocal jam that builds into the concluding exit instrumental. Without pausing 'Exodus' pulses heavily as soon as 'Jammin' concludes, shifty and dramatic, the performance continues to amaze. An electric Rasta revival is taking place on the recording, with special notice to the knotted rope keyboards adorning the track.

The main set concludes with 'Exodus' and the band returns to the stage for a rendition of 'Redemption Song'. Endearingly out of tune on his acoustic, Marley still inspires chills with his soulful reading. The lyrics sung acapella are especially affecting, with Marley then wordlessly vocalizing a melody line that the full band picks up on to conclude the song.

A 'rock room' favorite  'War/No More Trouble returns the concert to full on 'burnin' mode. Heavy percussion and crisp execution abound, the musical starts and stops are bulls eye hits. Masterfully mixing the 'heavy' tunes with the 'lighter' stuff, a funky 'Kinky Reggae' comes next following 'War' and preceding and segueing into the show closing 'Get Up, Stand Up'. 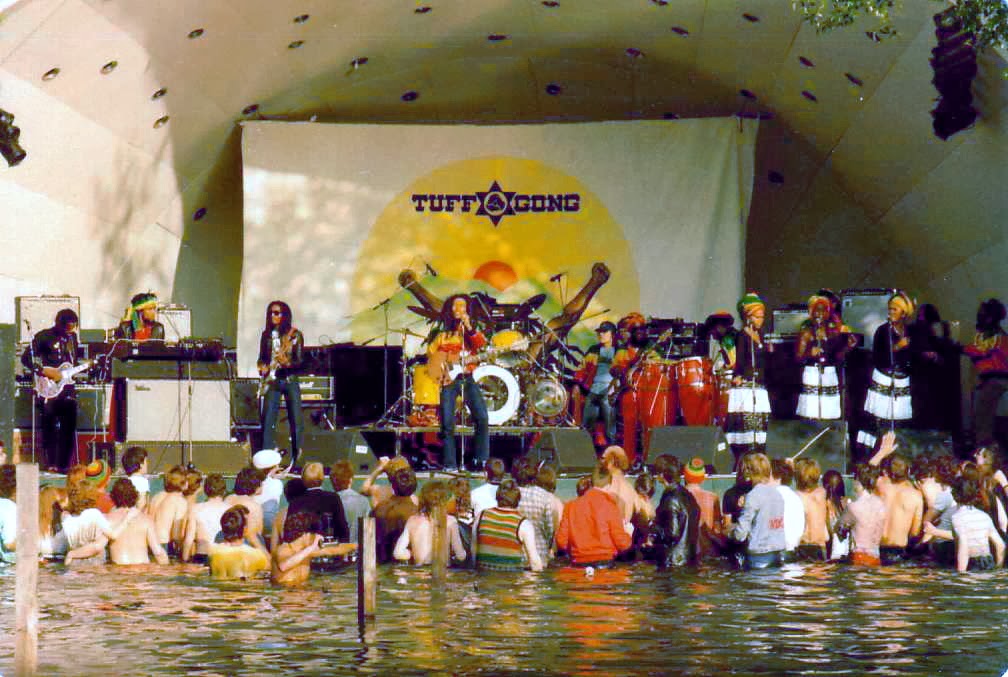 'Get Up, Stand Up' is fittingly Marley's concluding message for the evening as he verbaly reiterates this to the crowd prior to the song begining proper. Similarly to all that has come before it, this rendition is deliberate, concentrated, detailed and well played. When the group leaves the stage, the recording continues with the excited crowd still vocalizing Marley's exclamations.

Thus ends our journey through the newly circulating Bob Marley and the Wailers performance from 1980. A welcome addition to collectors circles as well an amazingly well played performance that no one has ever had the pleasure to enjoy before. This one pleases the Marley aficionado's because of the unique features of the performance, but can also be enjoyed by those being introduced to the world of Marley because of its exceptional sound quality and varied set list. The show is available to those who search. As always, thanks for reading!


Posted by talkfromtherockroom at 1:52 PM