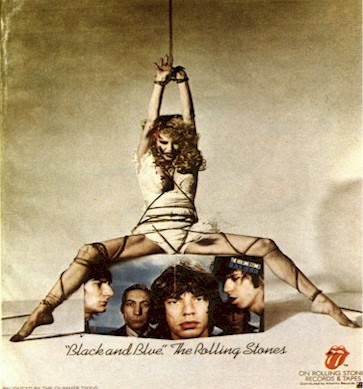 The rough and tumble Stones LP 'Black and Blue' was recorded in Germany starting in December 1974 and released in 1976; the album acts as a musical bridge between era's, nestled between the glorious past of It's Only Rock and Roll and unique future of Some Girls. Keith Richards has been quoted as saying that the LP is representative of the band rehearsing guitar players following Mick Taylor's exodus from the band. The eventual replacement for Taylor, Ronnie Wood appears on some of the record with Harvey Mandell and Wayne Perkins also filling in on some of the lead guitar duties. It's hard to have an under-appreciated record when you are a band as prolific as the Stones, but here it is. Black and Blue, a unique LP in its construction and exclusive in its contents. The record also reveals the Stones multiple influences ranging from funk, reggae and foreshadowing the upcoming glam and disco arrivals.

Opening with the hopelessly funky drums and groovy percussion of the sexy track 'Hot Stuff', the record immediately expresses the diverse musical samples that the Stones were experimenting with during this time of upheaval and change. Stitched together with Watt's contemporary take on disco grooves, 'Hot Stuff' is a sweaty dance club mantra in which Jagger swaggers and staggers. The combination of Billy Preston's nimble keyboards, Richards syrupy wah-wah rhythm, and Wyman's cozy bass equate to a flashing red light exclusive back room party. Harvey Mandel contributes the slippery lead riffs that adorn the song. 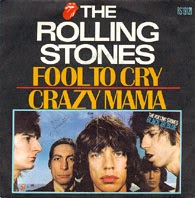 A favorite of hardcore Stones fans and one of the deeper cuts in their catalog, 'Hand of Fate', features the the quintessential Stones sound while telling a gruff fictional tale that begins on a silvery Keith Richards chime. This is my personal favorite track on the LP. The tune contains the slick shout of Jagger singing a melody that only the Glimmer Twins could have conjured up. Midway through the track there is an earthy breakdown, with Wayne Perkins taking a biting guitar solo while the group ducks down the alley, on the lamb from the 'Hand of Fate'.

Keith Richards love for Reggae started in the early 1970's as he was a fan of Jimmy Cliff and Bob Marley, by this time he had started to bring the island influence into the Stones own recordings. The band had also recorded 1973's Goats Head Soup in Jamaica, so their interest in Reggae had been developing for a while. The track 'Cherry Oh, Cherry' featured on Black and Blue was a cover of Eric Donaldson's 1971 Reggae track with Watts and Wyman taking a stab at a English version 'one drop' Reggae groove. The British reggae love would be taken to astronomical levels by Eric Clapton in 1974 with  huge cover of Bob Marley's 'I Shot the Sheriff'. Like a group of stoned pirates the band walks the plank, falling into the groove amongst yells from Keith of 'Irie!' slightly off mic. Fun overlapping vocals riding on the back of Watts mastery of the reggae thump, illustrating the Stones musical diversity and influence, the key to their longevity. Similar to their early embracing of the blues, the band also welcomed  Reggae with open arms. 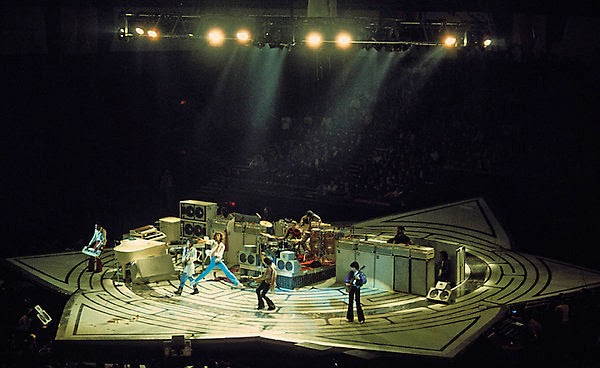 Side one of the LP concludes with the extended 'Memory Motel', a Jagger piano spotlight. This song firmly divides Stones fans whom either love it or hate it. The song regards a real location on Long Island where the Stones would sometimes drink and visit while on tour. My opinion is that it pails in comparison to other 'large' Stones ballads like 'Moonlight Mile' and 'Angie', but still contains a melody that grows you over time. Jagger, Richards, and Preston all feature on keyboard instruments on this track. The other wonderful aspect of the song are Richards always entertaining rough hewn harmony vocals that creek like an old screen door, in addition to the few lines where he takes over the lead from Jagger.

Side two of the LP opens with 'permanent' new guitarist Ronnie Wood's influence being felt on the track, "Hey Negrita'. The label on the LP lists, "Inspiration by Ron Wood'. Beginning on the same sort of dirty funk that 'Hot Stuff' initiated, 'Hey Negrita' moves exotically like a brown skinned beauty slinking across a humid and dusty dance floor. The soon to become legendary Richards/Wood guitar weaving starts here in big heavy slabs, exposing the strata of their riffing. The future grit of their fruitful collaboration eliciting more funky grime than a windshield after a 1000 mile cross country drive. 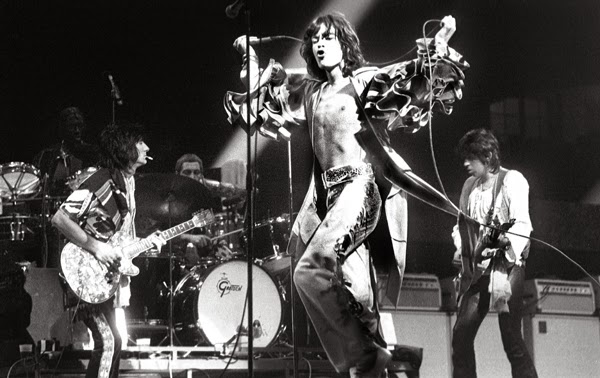 The second track of side two, "Melody' swings with the inspirational input of Billy Preston. 'Melody' moves with a slinky and jazzy sensibility. Jagger takes on the role of a statuesque barroom singer, trading off wordless falsetto interjections with Preston who also sings on the track. Multilayer horns dance on top of Watts lightly brushed percussive additions and Richards muted and smooth guitar riffing. The song is an anomaly in the Stones catalog but fits well in the conglomerate of influence felt on this record. A strange foray into barroom jazz for the group.

'Fool to Cry' follows the eclectic mix observed on the second side of the LP, and to this reviewer points toward the more 'middle of the road' approach that Jagger would take in his own solo work.  The dictated, almost spoken Jagger lyrics illicit the 1950's crooners that had to have influenced Jagger and his vocal approach .Ironically enough, this would be the only song to chart off of the Black and Blue LP. Richards was a fan of Jagger's soulful falsetto approach to the song, but he was also known to 'nod out' during live concert performances. The watery guitar and slippery keyboards are a sonic highlight of the tune. One of the 'deeper' cuts from the Stones catalog, the big ballad has found renewed interest with its inclusion in the HBO series Girls. 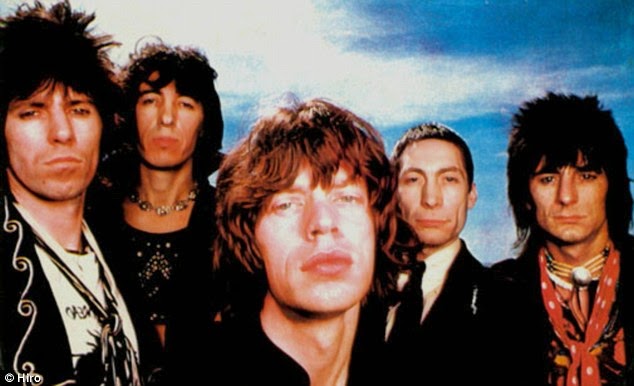 The final song on side two and the closing number for the record is the track 'Crazy Mama. I liken this song to being the younger cousin to the Stones classic 'Tumbling Dice' in regards to the archetypal Stones groove and rough guitar riffing. A classic no frills rocker that brings the LP to a jamming conclusion, surfing on Mick Taylor's serpentine slide, in his final appearance on a Stones studio record.

Like I previously stated, its a difficult proposition to navigate and discover under-appreciated and 'deep' Rolling Stones cuts, when the band is the subject of such study and dissemination. Black and Blue is of particular interest due to its placement in the grey area of the groups storied career. By the appearance of 1978's Some Girls, the lineup would be once again solidified, Wood a final decision, ready for the next 35 years of continued rock and roll. Unique in the Stones discography, Black and Blue illustrates the Stones not only discovering a wealth of new influence in the genres of funk and reggae, but finds them revisiting previously prominent blues and soul ideals. The record is a worthwhile snapshot of the band in a unique period of flux, but still delivering the goods no matter the situation or even lead guitarist!