Put the Boot In: Harry Nilsson - 1971 The Music of Nilsson 'Listen to My Song' 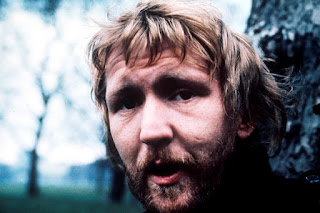 Jamming visually and audibly today in the rock room is a stellar video document of Harry Nilsson ‘In Concert’ from the aptly titled The Music of Harry Nilsson broadcast in 1972. Ironically, Nilsson never performed live in concert and this particular performance was recorded in the studio with the audience applause overdubbed after the fact. This is no way affects the absolutely stunning performances contained herein. There is plenty of intimate footage and sticky sweet songwriting to go around. The half hour special plays more like a movie short or long play music video using goofy effects and some cool animation spots to accompany the music.

Luckily this performance captures one of the most extraordinary singer/songwriters of our time in an emotionally stirring and low key setting. Nilsson’s personality is put beneath glass for the duration of the performance, bearing his soul and sharing his gift through truthful renditions of many of his finest compositions. The entire half hour performance is available because of the loving time and effort of an enterprising fan. Clips have been put together seamlessly and from multiple sources to create perfect representation of the 1972 BBC broadcast. It could be and should be an official release.

The concert features Nilsson solo, with voice and piano (sometimes guitar) and some silly shenanigans to keep things interesting and to deflect some of the cameras from their subject I’m sure.
The performance opens with the dampened blue and rolling saloon introduction of ‘Mr Richland’s Favorite Song’, a shifty narrative outlining a confused rock star and his equally special admirers.  Nilsson’s vocals are gripping, wringing the storyline from the songs shadowy melody. The verses of ‘Richland’ move in and out of the Nilsson original and 1969 hit for ‘Three Dog Night’, ‘One’ and back into ‘Mr. Richland’ seamlessly. The song then continues into a wordless scat sung outro jam where Nilsson rises and falls with regal resonance, a beautiful conclusion and opening.

After the simulated audience participation, Nilsson bounds into ‘Got To Get Up’ from  1971’s Nilsson Schmilsson, his succinct piano melody evoking a melodic hustle and bustle and the inevitably of time. This rendition is sparse in comparison to the big sound of the studio rendition, but is no less effective. Nilsson’s colored piano trills that conclude the song are especially inspiring. 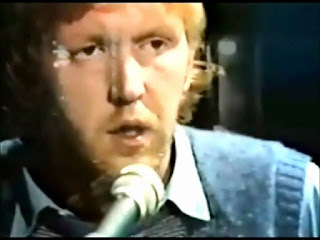 ‘Walk Right Back’ follows, a cover song probably learned via the Everly Brothers, the song weaves and bobs on a delicious Nilsson piano line. Two Harry’s share the piano bench harmonizing together. Verse two begins and a third Harry appears lending the sparkling counter melody and eventually some wheezing harmonica. The footage is 1970’s antiquated with its split screen, but stunning in its portrayal of Nilsson’s stratified vocal styling’s and quirky sense of humor.  The triad of Harry’s segue into a honky-tonk appearance of ‘Let the Good the Good Times Roll’ and conclude with a glimpse of Nilsson watching himself amidst a snoozing crowd of onlookers.

The delicate simplicity of “Life Line’ from  Nilsson’s 1971 LP and story The Point makes a welcome and rare appearance. His performance here reminds me of a John Lennon home demo tape in its scarce but effective lyrics and chanted piano mantras. Nilsson’s influence on Lennon is obvious when this track is analyzed. Nilsson uses vibrato and vocal droning effects to enunciate the succinct lyrics. His voice is indescribable in its perfect expression of Harry’s soulful air.

Nilsson looks out at a staged disinterested crowd and then gazes into a television screen placed on his piano, where an animation for the cartoon adaptation of Harry’s LP The Point  illustrates the fairytale lyricism of ‘Think About Your Troubles’. The songs natural progression of events and tic-toc cadence is aurally excellent and acts a cool little interlude.

The soaring contrasts of sorrow and ‘Joy’ a song not yet released by Nilsson until Son of Schmilsson make an appearance here and revel in the context of a celebration of love and the eventual loss of that love. Nilsson again sings with passion and his vocals are rich, vibrant and flexing, he sings like the professional hired hand at an upscale 1920’s saloon. The song is a highlight of the performance and possibly a highlight of all available Harry footage. Only one person claps at the songs conclusion though.... as you will see on the accompanying video.

‘Are You Sleeping’, another feature from The Point is joined by the animated footage and is the studio version as far as I can tell. The dreamy wandering of the song plays against a cartoon background of stars and again acts as a diversion from featuring Nilsson in more footage humorously.

Nilsson next dons an acoustic guitar and sings ‘Without Her’ from 1967’s Pandemonium Shadow Show in a version that stays remarkably true to the original minus the swirling strings. Each line is dressed in angelic falsetto and wordless ‘do do do’s’ that add a carelessness to the expressed desperation illustrated in the narrative. The performance is a classic portrait of an artist at the top of his game and is an additional highlight.

Nilsson’s classic track ‘Cocunut’ follows 'Without Her' and is performed by three gorilla’s in bowler caps, one on piano, one on percussion and one on guitar. Those familiar with the pop culture effect of the ‘Cocunut’ song will be interested to know that the song is only played on one chord. Again, this performance has a home demo feel, with Nilsson’s perfectly layered vocals and the spacious one man (3 gorilla)instrumentation constructing the song. The accompanying video, well, check it out and call me in the morning, just the good Dr. says. 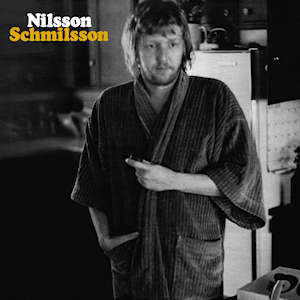 The performance and broadcast closes with ‘1941’ as Nilsson’s sneakered shoe taps and his fingers pluck out the acoustic melody. The song’s lyrics use years to express the circular way that family’s often find themselves in the same traps the generations the precede them.  Autobiographical in a sense, the song reminds us of heritage and the way some of us are doomed to repeat the mistakes that our parents did. The camera pulls away and rises as Nilsson fades to black and white his heart felt oooh’s and moans like gentle fingers on my neck. Just when it gets right to the edge of the nerve, color returns and Nilsson is tagged with a direct hit of a cream pie to the face. Just when the listener is in danger of getting too deep or taking the tale a bit too seriously, Nilsson reminds us of the humor and enjoyment present in all of his music.

1971’s The Music of Nilsson should be preserved forever with an official and specially packaged edition so fans and prospective listeners may be able to witness this special collection of performances. Humor, poignancy, revelations and secrets abound through the songwriting and instrumental expressions of Nilsson. The abilities on display during this concert range from ragtime singing, jazz sensibilities, compositional prowess, revolutionary arranging, storytelling and deep humor.  Nilsson was a man of multifaceted abilities; the aforementioned document captures a few of them for eternity and all of our musical enjoyment.

Harry Nilsson In Concert 1971
Posted by talkfromtherockroom at 8:38 AM