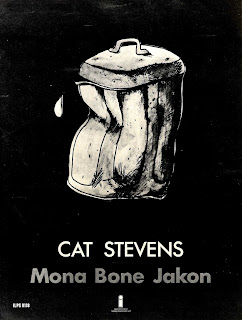 While experiencing extraordinary stardom as a young hip pop artist in late-1960s Britain, Cat Stevens suddenly fell victim to the intensity of his celebrity. Stevens became seriously ill with tuberculosis, brought on by his fast and stressful life.Everything changed.

After spending a year in the hospital, Stevens’ convalescence found him questioning his own existence, purpose and musical future. During this time, Stevens developed a mature and introspective reflection of himself through denuded and sylvan musical arrangements.
The music that had assisted his popularity had previously only been driven by the forced trappings of pop. In July of 1970, Mona Bone Jakon revealed a charcoal-shaded outline of Stevens’ vivid self examination and beautifully constructed melodic collection.

The album's creativity and talent ushered in a new era of singer-songwriters, artists like James Taylor, Carole King, Neil Young and countless others developing intimate and soul bearing tales. Mona Bone Jakon was one of the finest of these early efforts, later culminating in the universally acclaimed and thematically linked collections Tea For the Tillerman, and Teaser and the Firecat. The sneaky title of the record, a rumored code word for Stevens’ genitals, is the only thing slightly humorous about the project — which is packed with stern truths, reflections and relentless self examination. 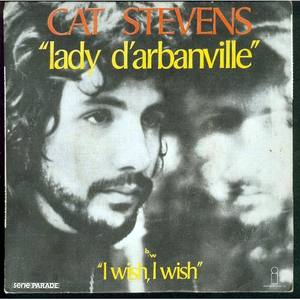 Born Steven Demetre Georgiou, formed into Cat Stevens and currently and permanently home as Yusuf Islam, Stevens reached the apex of his continuous life search for spiritulaty and purpose here.
Mona Bone Jakon opens with the sparse renaissance twilight of “Lady D’arbanville,” a song developing the connections between love lost and the death of that stated love in a physical sense. The song thumps dramatically, the rustic soundtrack to a woodland gravesite gathering, Steven’s voice powerfully expressive, rich and vibrant. Even as the cold white flesh of the narrator’s love becomes visible, the speaker’s apprehension is tangible.

“Maybe You’re Right” follows and begins delicately, as lush acoustic guitars drizzle with the perfect plinking of warm piano quoting the melody. The song’s amazing melodic strength is magnified though the airy instrumentation; even the transparent and tasteful strings sound panoramic in the arrangement. The depth of Stevens’ struggles while ill, in addition to the inspiration and insight he gained from it, is expressed in these opening tracks. “Maybe You’re Right” is as deep and expressive a song any singer-songwriter has ever composed.

“Pop Star” relieves the listener with a bright pop and vibrant pluck. The coy track displays Stevens’ conflicting spirit, and the struggle occurring within him. Sweetly sarcastic, directly honest, “Pop Star” even contains the smoldering remnants of Stevens’ not so distant pop past, containing a buoyant and wordless middle eight that slyly pokes fun at his former self.

“I Think I See the Light” is a powerful piano-based statement, resurrected by Yusuf more than thirty years later for his current live shows — and 2006’s studio offering An Other Cup. The song’s triumphant and rolling melody, combined with honky-tonk piano interjections, illustrates the joy in discovering all sorts of self truths or personal directives. 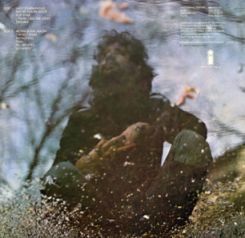 Mona Bone Jakon then falls directly into the barren opening of “Trouble,” and the contrasts between the previous celebratory musical discovery and current cold reality are vividly expressed. Stevens’ voice wrings every drop of emotive juice from the song that Eddie Vedder would attempt and distill in the intervening years. The song swells with goose-pimple skin as Stevens’ longing determination pours from his voice in rich vibrant vocal drops. It’s a poignant way to end the first side of the record, and a moment I am certain has been the cause of numerous moments of contemplation and reflection for listeners over the years. A must hear track.

The flip side of Mona Bone Jakon begins with the echoed title song, a bluesy and clickety-clacked percussive groove. Setting seperate from the previous songs, “Mona Bone Jakon” reveals a moaning and groaning Stevens quickly scatting over his trademark and striding acoustic guitar work — providing a diverse interlude to the heaver offerings still to come.

“I Wish, I Wish” is the most delectable melody on the record, containing a jumpy Alun Davies acoustic guitar solo so in tune with Stevens’ melodic constructions that it forces a smile. Again, the arrangements worked out in conjunction with producer Paul Samwell-Smith of Yardbirds fame are flawless in their fidelity and with the spaciousness of the instruments. Lyrically, “I Wish, I Wish” finds Stevens questioning the fundamental tenants of hate, love good and bad over the top of a euphoric instrumental backing.

The final songs, which develop into the stunning apex of Mona Bone Jakon, play as a suite of songs to these ears: Intimate, boundless and cinematic the four songs, “Katmandu,” “Time,” “Fill My Eyes” and “Lilywhite” are defining moments of the record, as well as hallmark songs in the Stevens canon.
“Katmandu” begins as mysterious as its subject, the cloud shrouded fortress of the Himalayas. The glimmering acoustic of Stevens is melded by the flute of musical guest Peter Gabriel, eliciting a mystical highland home protected by the clean divine air and naked majesty of the worlds throne.

“Time” and “Fill My Eyes,” meanwhile, are connected genetically and musically. “Time” opens with Stevens and his resplendent metallic-sounding acoustic guitar acting as a brief introduction, falling down the wormhole and then reappearing with the opening of “Fill My Eyes.” One of Stevens’ most endearing melodies is dressed with intermittent gusts of wind that pan across the speakers, temporary piano interjections, and fleeting colors the ear can miss if not careful.

Mona Bone Jakon concludes with clean sheets of sound created by “Lilywhite.” A crisp acoustic Stevens guitar is augmented by forward mixed strings, loaning the simple strums a never-ending horizon of continuous possibilities. “Lilywhite” brings the album to a silver-lined conclusion of optimism, stating that even though “the Lilywhite, I never knew her name, she will be passing my way sometime again.” The acoustic guitar disappears toward the edges of the tune, yet the song continues on springtime strings, carrying on the expressed hopefulness of the future.

A prismatic multitude of emotions are developed, expressed and made tangible by Mona Bone Jakon. The record is significant because of its emotional content, unique because of its instrumentation and arrangements and important because of its honesty, melodic prowess and musical strength. Cat Stevens underwent his personal changes on the world’s stages; he expressed personal truths that countless others could relate to all the while searching for his own answers. Mona Bone Jakon documents the beginnings of these travels through translucent arrangements designed to frame and translate the delicate lyrical pictures created.