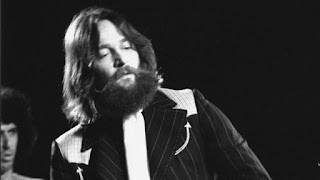 Gene Clark, a founding member of the Byrds and one of rock ‘n’ roll’s most intriguing troubadours, has always been suspended in the rock and roll gray area between obscurity and popularity.
Often, throughout a long musical career that concluded with his untimely death in 1991, Clark was in the forefront of musical innovators leading the way to the next big musical movement; whether it psychedelic, country rock, singer/songwriter, or his own brand of ‘cosmic American music.’ Gene was a quiet musical revolutionary. Unfortunately, the more tragic tales and popular musicians have received Clark’s deserving accolades and are now more regularly called the representatives of these labels through their posthumous campaigns.

Peering through the thick haze of drugs and alcohol, picking through the failed album tracks and poor production choices, and inspecting the obscure and dusty melodies, a collection of forgotten yet stellar Gene Clark compositions comes into greater focus. Fans and scholars-in-the-know realize that Clark was and is still considered an innovator and by choosing any of the albums in his extended discography one can be witness to his deep and spiritual contributions to rock music’s melodic creations and lyrical depth.

Clark’s voice will always be remembered for its milky deep baritone, his lyrics for the revealing and detailed glimpse into his minor key reflection of life. If Clark had one hit song during his solo career, or if some enterprising record executive had the foresight and insight to push his records instead of burying them Clark’s musical landscape would be completely different. The deep cuts the ‘rock room is currently enjoying  are each powerful, beautiful and revolutionary in their own unique ways and deserve much more than a cursory mention on some internet list.

While most if not all of Clark’s solo work could be considered brimming with deep cuts, for this list I have distilled my choices to five songs from his discography of 11 solo records, two of them with ex-Byrd partners Roger McGuinn and Chris Hillman. Depending on your familiarity with the Clark discography, you may have contrary choices to my own, but that’s the beauty of lists such as the following. A collaborative review and constructive discussion of the dusty cobwebbed corners of Clark’s career can reveal long concealed jewels and shine a brighter light on the obvious gifts of his songwriting abilities … 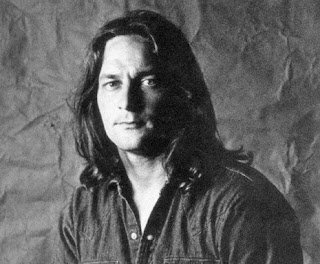 ‘ONE IN A HUNDRED’, (WHITE LIGHT, 1971; ROADMASTER, 1972): A song filled with so much promise and melodic strengths that it held a spot on two albums. First recorded in 1970, the song is actually Byrds reunion track, containing all of the hallmarks of a classic Byrds LP cut with contributions from all of the group’s original members. The jingle-jangle guitar is present and accounted for, in addition to thick and sugary sweet harmonies and Clark’s unique vocal melody lines, all of its elements as distinguishable as a finger print.
The Byrds’ version of the song languished in the vaults until the release of the Dutch LP Roadmaster in 1973. In the interim, Clark, aware of the optimistic songs superior strengths, released an alternate version of the track on 1971’s White Light. This stripped down acoustic version is highlighted by Jessie Ed Davis’ serpentine slide guitar and features an airy yet woody arrangement that showcases this song’s internal strengths.

‘STRENGTH OF STRINGS,’ (NO OTHER, 1974): The combination of his refusal to tour as well as the creation of an LP way ahead of its time unfortunately sunk the album No Other before it ever had a chance to leave the ground. Tucked away as the side-one closer on this now unjustly forgotten album, the mammoth “Strength of Strings” contains a beautifully sung wordless introduction, and a slowly ascending main structure that seems to gain momentum as the song rolls forward. Imposing and towering vocals stretch out toward a huge sinking orange sun outlining the cosmic range.
The track is an anomaly; there is no music from 1974 that quite sounds like this. Instruments wrap around one another like a DNA helix, voices take flight, and melodies elicit images of universes colliding and exploding. The song hails from an album that Clark considered his finest moment and that once again fell into the wrong marketplace at the wrong time. ‘Strength of Strings’ is a revolutionary chapter and a song that continues to impress through its historic musical relevancy, one of Clark’s finest moments.

‘POLLY,’ (THROUGH THE MORNING, THROUGH THE NIGHT, 1969): ‘Polly’ hails from one of two albums featuring Gene Clark and Doug Dillard from 1968 and 1969 respectively. Exploring the theme of freedom and flight later reflected in tracks such as ‘Silver Raven,’ ‘Polly’ sways like a weather-worn back porch swing in a smooth Southern breeze. The song moves in the manner of a secret passed between friends, soft and breathy, portraying a resonant sense of loss felt the narrator.
Sparkling acoustic arpeggios in addition to patint strokes across the strings elicit an intimate empty narrator’s room, a slow horse drawn rhythm supports the full community of group vocals that hang delicately in the air. While lyrically brief, Clark’s words, slow and languid expose deeper meaning with every listen. The resulting musical creation is a lacy waltz adding color to the black-and-white outline sketched by Clark’s honeyed vibrato.

‘LONELY SATURDAY,’ (TWO SIDES TO EVERY STORY, 1977): After the disappointment felt by the relative commercial failure of 1974’s No Other, Clark returned with another record label and 1977’s release Two Sides to Every Story. Sticking to a theme that seemed to be developing, the record had little success, but the gift of hindsight shows this to be a well-made record containing the usual Clark classics that sit unnoticed like the a beggar on a cold city street. The LP has many choice moments, but the one that sticks with me because of its essential Clark elements is ‘Lonely Saturday.’
The song is a classic country tale of being left behind by a woman who has moved on, but what makes it worthy of inclusion on Clark’s Deep Cuts list is its definitive Clark vocal. You will be hard pressed to find any rock vocals more expressive and saturated with emotion. Weeping pedal steel, honky-tonk barroom piano, and the stale smell of a barren bar stool in conjunction with Clark’s stomach-twisting vocals all add up to a song that will make any grown man cry at the bar.

‘GYPSY RIDER,’ (SO REBELLIOUS A LOVER, 1987): The So Rebellious a Lover LP was subject to positive reviews upon its release, a major change for Clark. It seems that, with the passage of time, some critics and musicians were actually catching up with Clark’s sensibilities. The fruitful collaboration with Carla Olson brought out a number of new Clark songs, the one featured here being one of his finest late-era compositions. 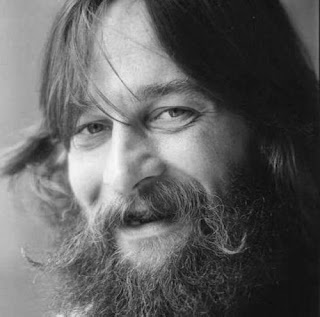 ‘Gypsy Rider,’ originates from Clark’s comfort zone, a dusty cowboy ballad dealing with travel, escape and a vagabond searching for answers along the rutted highway of life. Built on Clark’s acoustic guitar and still hearty yet gently quaking vocals, the song balances on the rhythm of the stringed instruments and melody until a tender clip-clop percussion joins in mid-song. ‘Gypsy Rider’ illustrates that Clark’s penchant for melody still remained, despite its arrival toward the end of his tiring existence. Even tucked away on this now-rare album, Clark calls out from the grooves remaining relevant, singing for you.

The above list could go in a myriad of directions with the amount of rare quality material and hidden tracks to be found in Gene Clark’s discography. With a prolific artist such as Clark, material was always being created; he could never turn off the tap; an abundance of material still awaits discovery. If only Gene could have hung on for a few more years and escaped the grasp of his demons, he would have collided with the current renewed interest and respect for his work.

The aforementioned tracks outlined above illustrate that in the shadow-obscured corners of Clark’s catalog there remains in wait beautiful music to find and enjoy. There are more songs to add to this constantly growing list, but for those who wish to begin the journey down the gypsy’s road, the above is a perfect starting point.
Posted by talkfromtherockroom at 7:12 AM