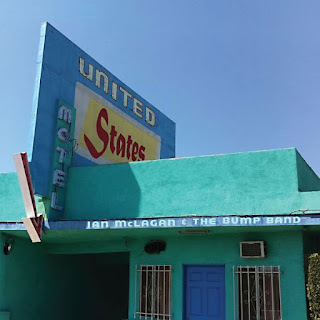 Ian McLagan was always a busy man. In between his numerous live performances with a plethora of artists as well as his work in preserving the memory of his beloved band of brothers the Small Faces, he found the time to record albums of his own original music. Today in the "rock room" spins his 2014 album United States. In what would be his final LP before his untimely death in December of 2014, United States is packed tight with good music, crossing musical borders with McLagan’s current then collection of friends in the Bump Band.

McLagan is, of course, a legend; not only in the minds of Small Faces and Faces fans, but for the massive scroll of musicians who have brought him in to augment their own musical creations,including Recognizable names such as Jackson Browne, Warren Haynes, Bonnie Raitt, Bruce Springsteen, the Rolling Stones, Paul Weller, Buddy Guy and others to numerous to mention. With the Bump Band, McLagan offered a musical collection that dips into his deep, cool well of influences, experience and professionalism.

Ian McLagan’s musical creations reveal in their details exactly how much melodic influence he was responsible for over the course of his 50-plus year career. He was the multifaceted R&B color in the Small Faces, and the gritty swagger behind many of the Faces’ legendary compositions — in addition to being a hired heavy left hand when the Stones needed it. The opening song on United States, “All I Wanna Do,” demonstrates this aforementioned swagger, featuring dank Fender Rhodes verses dropping into a ropy chorus breakdown, all of which is is later punctuated with Mac’s credible and breezy keyboard attack. 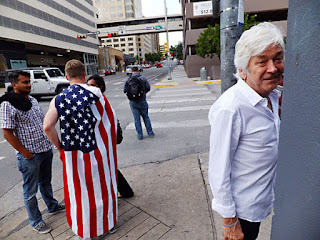 The following number, “Pure Gold,” is exactly that: The song contains a recognizable fruity delicacy that is the McLagan groove. The swirling organ driven melody is as cool as the icy sweat running down the side of a mixed drink, while it sounds like the Stones are playing in the background. McLagan’s vocals work in gravel contrast to the glittering music, though they coexist in perfect harmony. Vocals have never been McLagan’s greatest strength, of course, but over the years he has developed his own successful approach, gruff and emotive, similar to the styling of friend and former band mate Ronnie Wood.

The album continues with a truthful and vintage sound that exists without sounding dated, unfolding as an unpretentious display of an artist staying true to what he and his band do best, which is playing uncompromising rock ‘n’ roll and R&B.

“Don’t Say Nothing” begins dramatically on cathedral piano but, by the time the chorus enters, the song has become a smoldering slab of soul that climaxes excitedly. “I’m Your Baby Now,” with its streetlight groove, is a practiced concert favorite that sneaks around on slick slide guitar and barrelhouse piano rolls. “Mean Old World” brings to mind McLagan’s intimate duo shows with Notarthomas, unfolding as a personal piece of self examination with piano and guitar. Mac has always been able to pull a beautiful ballad from his fingers. The years have been kind to McLagan’s maturing abilities as a songwriter and interpreter, and his penchant for embracing sparse melodies are a gift passed down by partner and friend Ronnie Lane.

“Love Letter” is memorable, sealed with a tasty pop hook that supports the wistful lyrics and trademark Ian McLagan organ embellishments. The song’s melodic strength should have earned it deserved attention as far as circulation and airplay. The foreboding and funky “Who Says It Ain’t Love” is a total contrast to the airy “Love Letter,” featuring thick thumping drums and multiple layers of McLagan’s haunted musings. The track is a dark highlight of the resplendent collection, slithering in on a watery piano glissando that precedes the spectral blues-like changes. “Shlalala” follows, and despite its simplistic title, the song is a punchy pop number with a sing-along chorus, highlighted by another series of fiery soloing by both Notarthomas and McLagan. 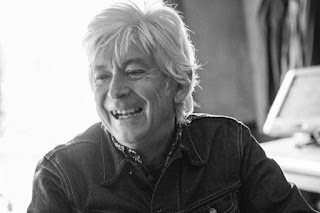 United States concludes with two diverse and enticing songs, the first a jazzy attic portrait, the second comprised of colorful yearning. “How Blue” is a vaudevillian number that sounds like it could have been recorded in any era and with any band that McLagan has performed with in his career. Those familiar with his history know that a touch of vaudeville can always be found in Mac's tunes. "How Blue" retains a timeless energy and acts as a contrasting prelude to the beautiful closing song of the collection. “He’s Not for You” contains a south-of-the-border aesthetic, offering a precautionary warning message in the lyrics. Leigh Mahoney raises the stakes on violin, lending an air of class to the pub-crawling collection of musicians who swing on this number like a flawless brass pendulum in perfect time.

It’s comforting to revisit Ian McLagan and the Bump Band's final recorded output in the "rock room". In this age of plastic musical progress, songs where frills are kept to a minimum and honesty is the best policy are becoming harder to find. These wonderful musicians play songs for folks who like rock and roll and great songwriting. Ian McLagan is sorely missed and the Austin music scene as well as the world of rock and roll will always lack his unique music and personality. Hopefully Mac continues to jam in the next plane, where the beer will always be cold and the music is guaranteed to be heavenly.

Posted by talkfromtherockroom at 12:38 PM