Now Playing: The Worst Songs of the Grateful Dead - "If You Ask Me Like I Know You Wont" 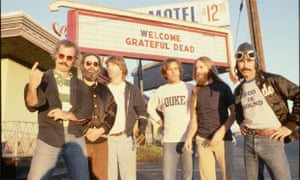 Today’s edition of Talk from the Rock Room, may cause a bit of a stir. Over the course of 30 years, 13 studio albums, and countless live releases and compilations, the Grateful Dead curated an impressive and deep collection of original compositions composed by Jerry Garcia/Robert Hunter and other band members. Along the way, they also nurtured and developed one of the most rabid fan bases in all of rock; one brimming with intrepid travelers, musical jesters and Dead statisticians.


Like any band with that kind of longevity and success, there have been some musical blunders along the way. Whether it is an error in creative judgment or a miss in the quality control department, these revealing moments of weakness by the band can make their fans appreciate them even more in their fallibility. With such a depth of quality tunes and improvisational magic at their disposal, we will allow the band these few instances of missing their musical mark. This list is no way definitive, only a starting point to explore the strangest and perhaps weakest corners of the Grateful Dead’s catalog….

“FRANCE,”(SHAKEDOWN STREET, 1978): This number is someone’s favorite song somewhere, but the banal lyrics and at-the-time contemporary disco production (talking to you Lowell George!) give the track a sterile MOR feel that the Dead constantly tried to avoid. Bob Weir gets to fulfill his slick rock-star fantasies, but it’s hard to believe this is the same band that created Live/Dead. Co-writer Mickey Hart’s enthusiastic steel drums and the groovy instrumental fadeout are not enough to save this one from the circular file.

“KEEP YOUR DAY JOB,”(concert performances, 1982-86): A Hunter/Garcia song that was eventually removed from the band’s set lists at the request and angst of their fans, “Day Job” would allow the band to flex their rock and roll muscles if played well, but not much more. Deadheads took the not-so-cloak-and-dagger advice of the song to heart and considered it an unneeded buzz kill when performed live in concert. The combination of a precarious melody previously mined on “US Blues” and below average lyrics made this song disappear after only 50 performances.

“TIL THE MORNING COMES,” (AMERICAN BEAUTY, 1970): Nebulous and uncharacteristically juvenile rhyming couplets are one of the issues with the one weak track from American Beauty. What sounds like a stale Crosby Stills and Nash reject must not have set well with the band as they performed it only a few times in concert, probably based on the difficulty in replicating the three-part harmonies. Taken in the context of the classic songs making up American Beauty, the song feels out of place because of its cardboard cutout construction that no other track on the album has. It’s not that this song is totally horrible, but more of a reflection of the powerful and classic songs that surround it.

“SAMBA IN THE RAIN”(concert performances, 1994-95): While it took years for Brent Mydland’s compositions to make second-set status with the Grateful Dead, Vince Welnick’s numbers were often featured in the band’s last two years of existence. “Samba in the Rain,” however, was often too soaked and bloated to fly, as it seemed the melody was not strong enough to inspire — not to mention that it seemed some band members never bothered to properly learn the song. Welnick’s festive on-mic asides and childish exclamations were often uncomfortable and unneeded, contributing to the sinking feeling of the track.

“WHEN PUSH COMES TO SHOVE,”(IN THE DARK, 1987): When compared to other Hunter/Garcia creations from the same era, this track is a weak facsimile of past glories that most if not all contained stronger melodic ideas. The song had a short shelf life as it was retired from the stage after 1989, having more success as LP filler. The bland repetition of the melody and unconvincing studio reading add up to making this number just another song. 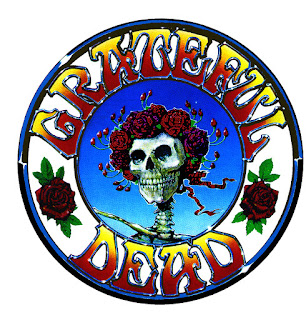 While it seems strange to call this list definitive, what it truly does express is how strong the Grateful Dead’s repertoire was while developed over 30 years. Astonishingly enough, the collected songs of that era are still paying dividends as countless numbers of former members and a humorous amount cover bands still dip deeply into the well of Garcia/Hunter, Weir/Barlow and other band member writes and co-writes. Their catalog speaks for itself and we will forgive or even enjoy a few of the missteps along the way.

Posted by talkfromtherockroom at 7:52 AM