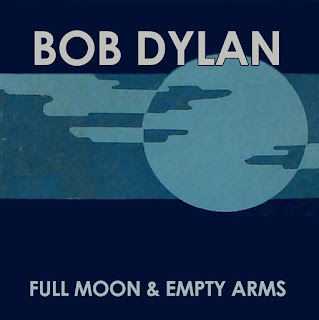 With very little fanfare and minimal publicity in May of 2014 Bob Dylan issued a lovingly crafted cover of Frank Sinatra’s 1945 song “Full Moon and Empty Arms” via his official website. The single was accompanied by what ended up being the official album cover image. The picture, a moody black-and-white shot of Dylan in the style of a classic jazz recording also included the title Shadows of the Night.

It was confirmed that the song was mined from a new Dylan record, to be released later in 2014. What was unknown at the time of the single release was this would be the first in a trilogy of ‘songbook’ records to be released by Dylan also including the later titles, Fallen Angels, and Triplicate from 2016 and 2017 respectively. This covers project would certainly place Dylan in good company among his contemporaries, following similar excursions by the likes of Paul McCartney, Rod Stewart and Neil Young.

What makes the release of ‘Full Moon and Empty Arms’ so important in hindsight is that the song and eventual full length followed a road tested album style that has been Dylan’s modus operandi since 1997’s Time Out of Mind. Dylan had not strayed much from the nimble, sepia-toned, 78-record blues sound that he had spent the last 20 years developing. But Dylan's approach was altered in a big way with his deep dive into the classic tin pan alley songbook. Arrangements lightened, becoming sparse and airy. Dylan's vocals softened, the gravel edges sanded down by swirling instruments. His breath and vocals became a focus and silences became golden. 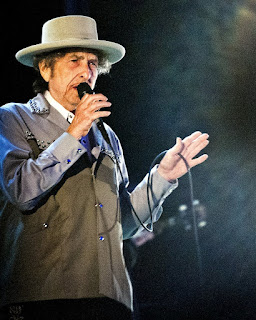 The key to this aforementioned aesthetic is that now with the release of Dylan’s 2020 record of originals Rough and Rowdy Ways a clandestine glimpse into Dylan’s working methods and song construction can be glimpsed. Looked at as a whole, Dylan’s career has always been a series of musical detonations followed by a period of rest, reloading, and retooling. An example of this can be seen with Dylan’s 1992 and 1993 records, As Good As I Been to You and World Gone Wrong. Following a blurry period of unfocused musical attempts, Dylan, per his wont, reached backward to move forward. Dylan recorded the aforementioned two LP’s featuring solo acoustic renditions of his influences and beloved traditional melodies from his formative days.

Dylan’s reassessment of his own directive after coming out of the 1980’s with the acoustic numbers initiated him to apply newly learned or revisited approaches to his own music. It inspired him to return to things once left behind, as this is the man who always lived by the creed, ‘Don’t Look Back’. Dylan has always been good at ‘repurposing’ and making the old new again. So while he peeks in the rear view, his is always looking forward into the sun with his foot on the gas. The result of this personal musical diversion being 1997’s Time Out of Mind, a record Dylan could not have attempted or made without Good As I Been To You and World Gone Wrong. A record that collaborated elements, production values, melodies and memories that Dylan pulled from the restful stir pot of traditional song. 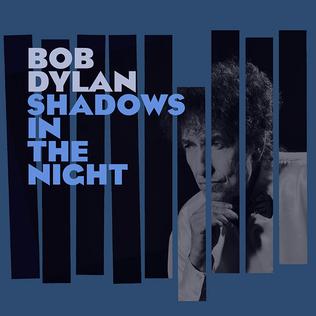 The release of ‘Full Moon and Empty Arms’ is the signpost that directed Dylan once again to unblazed approaches and faint herd paths of song. The resulting 5 LP’s (Triplicate is 3 LP’s) over the next three years, assisted Dylan in rediscovering his voice through others songs, inventing a new way to arrange his own music and most importantly looking at his own abilities from a distance enabling him to once again draw influence out like blood and inject his own ideas with those of rich history and timelessness. One cannot hear Dylan’s stunning new LP, Rough and Rowdy Ways without smelling the passing scent of Dylan’s ‘Sinatra’ records. The live sound of Dylan’s vocals, all the musicians in the same room and a stoic sense of melancholy and the impossible permeate both projects. The diversion into the classic songbook expanded Dylan's pallet and vocal musicality. 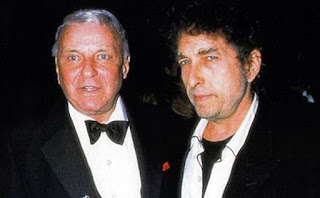 Back to the subject of the blog, the song, Dylan’s take builds on the Sinatra reading by exchanging a weeping pedal steel for the original strings, and laying down a world weary vocal that illustrates the depth of the Tin Pan Alley era Kaye/Mossman penned song. The results play out like whisked evening clouds, and the warm pulse of the stand up bass, a gentle initiator. Dylan is deeply invested in his vocals, crooning a transparent duet with a Sinatra’s ghost. Each nook and cranny of Dylan’s weather worn vocal distills the emotion of the song down to its essence. The obvious reason for these recordings was that Dylan was moved to sing; this song and others, his voice is invested in such a way it would eventually seep into his own studio work and live arrangements. The band’s musicianship is strong, cinematic and sympathetic to Dylan’s vocals. The silences as stunning as the instrumentation, Dylan’s rhythmic cadences as well oiled as the instruments.

Played back to back with the original for context and not comparison, Dylan obviously cannot compete with Frank’s moonbeam vocals. But taken for straight emotiveness and soul, Dylan and his band are able to show ‘Full Moon and Empty Arms’ its own reflection while also revealing underlying currents of emotion and melody reveled by Dylan’s approach. As previously stated, returning to these standards with a deep investment assisted Dylan in connecting with melodies of his past, but also made him reintroduce himself to his own songs. The result, just like in 1997, is a reconnecting and and stacking of bricks on top of his sturdy songwriters foundation. Dylan's approach should come as no surprise as he famously stated in 1965, ‘He not busy being born, is busy dying’.

For fans of Dylan's storied career, it should come as no surprise that  would reach back to earlier musical influences to encourage his own ‘Modern Times’. His recent studio releases have been a conglomerate of found items, ranging from hallmarks of literature to traditional song forms, pop culture icons, classical music and motion pictures. His career is littered with subterranean cover versions and live interpretations of dusty, forgotten melodies. Whether observed as part of a bigger picture or taken as a stand-alone item, “Full Moon and Empty Arms” is a tribute (perhaps an introduction) to the deep musical waters of song smiths and performers from the past, and a reintroduction of Dylan to his musical future.

Posted by talkfromtherockroom at 11:22 AM