Put the Boot In: Stephen Stills and Graham Nash Live at Winterland 1969 – ‘The Will to Play’ 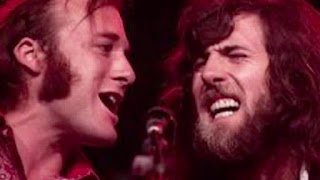 In the heyday of the late 1960’s mind blowing concert line ups were the norm. On any night, especially in San Francisco, there was bound to be a stunning array of legendary musicians taking the stage. These tribal gatherings were usually put together by famed concert impresario Bill Graham. One Fall weekend on October 24th and 25th in 1969, psychedelic rock masters the Grateful Dead and Jefferson Airplane shared a double bill at the WInterland ballroom. While this was not unusual for the two San Francisco contemporaries to be on the same bill, what makes the performance on October 25, 1969 especially unique is the duo that was invited to play an intermission set.

Crosby, Stills, Nash and sometimes Young had built a relationship with a number of San Francisco groups during this era, with many if not all of the fellow musicians contributing to and playing on the others studio recordings and even on the live stage. All of CSNY's principals had come from major bands of the time, the 'Byrds', 'Hollies and 'Buffalo Springfield respectively; with all the members firmly entrenched in rock's fraternity. The conglomerate of these musicians played under the moniker of the ‘Planet Earth Rock and Roll Orchestra’ and collaborated on a number of records including but not limited to, Jefferson Starship's Blows Against the Empire, Crosby’s If I Could Only Remember My Name, and Nash’s Songs For Beginners. Stills had even composed a song, ‘Black Queen’ to play on stage with the Grateful Dead and had high hopes of producing them. He did end up joining the Dead on this evening during their set for a hearty and bluesy version of ‘Turn on Your Lovelight’.

This particular evening should have featured David Crosby as well, who was additionally a very close friend of the Dead and Airplane. Unfortunately he was enveloped in a deep mourning following the loss of his girlfriend Christine Hinton in a terrible automobile accident. Crosby would never be the same, and for the immediate interim he was in no condition to create music and perform. So, the band’s activities were put on the shelf while Croz recovered. Stills and Nash were the natural choice to take the stage while they waited for their musical futures to be determined. Following a series of concert cancellations following Hinton’s death, this recently discovered performance was a way for Stephen and Graham to keep active and try out some material.

Just the previous evening at nearby Wally Heider’s studio Stephen Stills and Graham Nash minus David were working on the upcoming CSNY LP eventually to be named ‘Déjà vu’. Jerry Garcia was invited to apply his considerable talents on the pedal steel to Nash’s track ‘Teach Your Children’ when Stills thought it needed a deeper ‘country’ aesthetic that he thought his playing could not provide. Obviously, his choice was right as Garcia poured out a rich cool stream of ‘Bakersfield’ melodicism to Nash’s classic.  (Garcia would go on to contribute each of Stephen, David, and Graham’s future solo LP’s) As an aside, Garcia would be given a beautiful 1957 Fender Stratocaster by Nash for his assistance on Nash’s songs, later known as ‘Alligator’ which the ‘rock room’ previously wrote about here.

Graham Nash speculates that it was Garcia who invited the pair to perform the next evening after their recording of ‘Teach Your Children’, regardless of who gave the invite, it happened. While sonically pleasing soundboard recordings of both the Dead and Airplane sets have circulated amongst traders for some time, the rumored set by Stills and Nash has not. Though bits and pieces of the tape had started to surface as of last year. Now, thanks to famed sound man and LSD chemist Owsley ‘Bear’ Stanley and Grateful Dead collector and archivist Charlie Miller the Stills and Nash set circulates in wonderful soundboard quality. 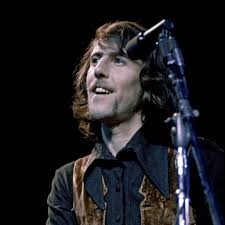 The waaaaaay casual performance begins with a Bill Graham introduction as the performers take their places on the stage. A number of on stage asides can be discerned as well as the tangible excitement and musical friendship between Stephen and Graham. As he takes the stage Nash asks for a drink for his parched throat, while making sure it’s a ‘straight’ drink. Nash returns to introduce the debut of ‘Teach Your Children’ but then defers. As Nash commences his on stage search off mic, Stephen begins to pour out some acoustic blues. The show begins in earnest with a funky syncopated version of Robert Johnson’s ‘Crossroads’. Taking a number of licks from his country blues satchel, Stills begins to duet with his guitar singing in his honey sweet 1960’s Buffalo Springfield throat. Stills sings all three verses while dicing the song with a stinging solo. Nash lends a boisterous ‘Yeah!’ following Stephen’s spotlight moment.

Next, Nash joins Stephen for real and introduces ‘A little country tune we know’ before revealing the first performance of a fifty year nightly career song and probably his most famous composition, ‘Teach Your Children’. Here Stephen and Graham give it a confident reading, only missing the buttery Crosby harmonies, the song is still a stunner. Stephen and Graham sing joyously with a few lyrics yet to be pressed into stone.  An unassuming beginning for what would become a worldwide favorite after its official release on 1970’s CSNY LP Déjà vu.

A brief break follows before Stills introduces a new song composed by John Sebastian. Sebastian was a close friend of Crosby Stills and Nash and in the ‘rock room’s humble opinion one of the finest songwriters anyone has ever witnessed. ‘How Have You Been’ follows and I assert is the highlight of the performance. The song would be worked out in the studio by CSN in addition to this previously unknown performance; which makes me assume it was in the running for an album track at some point in time. The song would make a proper appearance on Sebastian’s 1970 solo album, John B. Sebastian. Stills sings the shit out of the track on this evening with Nash in close support harmonies that sound like the two are blood relatives. Back porch guitar, double exposed harmonies and a full investment in Sebastian lyrics allow the song to sigh with a delicate hopefulness.

After a short on stage discussion, Stills and Nash decide to play a ‘fast’ singalong with ‘Lonesome Valley’, with Nash inviting the crowd to join. 'Lonesome Valley’ is a Woody Guthrie song well known to a number of the attendees that evening and a song Stills was familiar with from his time with the Au Go Go Singers‘. Performed as a call and response stomp, Graham and Stephen state and reply the verses before harmonizing on the final lines. Nash soars to ‘Hollies’ heights with his famous songbird tenor, sometimes missing the mark, but making the performance so endearing.  A unique song and even more special reading that places the ‘rock room’ center stage while taking a big gulp of Kool Aid. 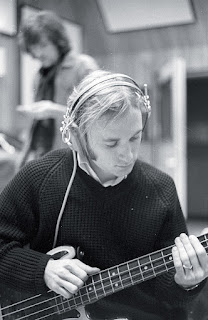 Some additional on stage discussions reveal that the duo is short on time, before Graham Nash announces, ‘We are going to leave, but just before we do I want to hear Stephen sing some blues’. Closing the duos set is an early ‘Black Queen’, played with smoke and leaving whiskey rings on the table. A song Stills composed for the Grateful Dead, the song would eventually become a show stopper for Stills and appearing on his first solo LP Stephen Stills with the disclaimer, ‘Courtesy of Jose Cuervo tequila’. Stills gets dirty with a jumpy version that spotlights his spooky picking. Midway through the song at around three minutes Stephen hits on a repetitive melody that morphs into lush backcountry strumming.  This is Stephen’s own variety of the blues, his voice as important as the licks, and working together like Aces in a hand. The jam elicits humid air and after an additional verse Stills again sings with his instrument. Howling like the town crier, Stills allows his stunning falsetto to caress the strings, entering into an extended and stony exploration of the song’s central licks. After a small vocal misfire, Stills shrugs it off and enters into a fitting conclusion with some additional big falsetto. The crowd explodes in kind and MC Bill Graham again introduces the duo before the tape cuts.

One of the eventualities that thrills the ‘rock room’ more than anything is when new or unknown music circulates. This recent discovery of this tape of Graham Nash and Stephen Stills live at Winterland allows not only a musical epiphany but an important historical glimpse as well. The recording captures the band or in this case the duo in an important and formative time. It allows us to place a cup on the door and listen for magic and clues that a ‘rock geek’ like myself lives for. The ability to listen to a fifty year old unofficial recording to mine for ‘rock gold’ is a welcome proposition. Thanks to taper and chemist Owsley Stanley for again capturing lightning in a bottle and placing it on magnetic tape. Thank you to Charlie Miller for recovering the reel and releasing it into the wild for all to enjoy.

Posted by talkfromtherockroom at 7:21 AM